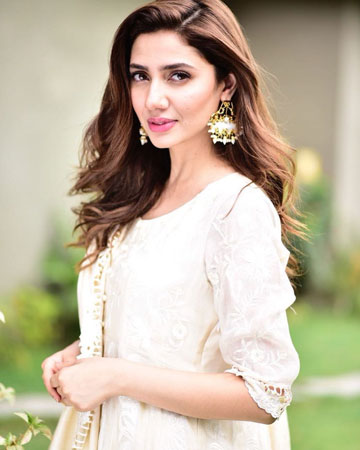 The legendary Pakistani actress, Mahira Khan, on Wednesday, responded to the prevalent rumors regarding her cosmetic surgery.

In her recent interview with Mashion, Mahira spoke over the misconception of getting her nose job done.

“Okay, you have got to zoom in to my nose. I have not gotten a nose job. If I had gotten a nose job, I would have been like… And Babar wouldn’t have to contour so much,” she said while referring to her make up artist.

The actor went on to share the hilarious conversation with director Asim Raza.

“Once I remember maine Asim Raza ko kaha tha (I told director Asim Raza), ‘Asim, you know, a lot of people think I have gotten a nose job done. And I got very excited.’ So, he said, ‘Bete, whoever tells you that you have got a nose job, unse bolo aake mujhse pooche. Kyunki mujhe tumhe shoot karna padta hai (ask them to come and speak to me. Because I am the one who has to shoot you),” she laughed.

Mahira then revealed that she has experienced body image issues just like any other woman. There are days when she feels depressed and anxious about her looks and body image.

“I struggle with a lot of other things. I struggle with anxiety, stress and sometimes, being myself. Like, I used to be able to laugh and talk and be funny, whatever my sense of humour was. And now everything, even a caption, is taken and blown out of proportion, so it kind of makes you cagey,” said Mahira.