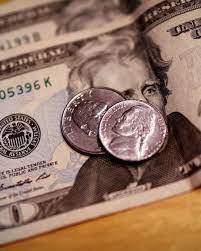 The US budget gap shrank in June compared to the record levels in 2020 when the government paid out a massive amount of pandemic aid, according to official data released Tuesday.

Compared to June of last year, the government deficit fell by 80 percent to just $174 billion last month, the Treasury Department said, as the world’s largest economy reopens at a rapid pace and public aid winds down. Outlays a year ago during the height of the Covid-19 crisis included $511 billion for the Small Business Administration, which administered the government’s program of loans and grants to keep companies afloat during the pandemic. That amount fell to just $31 billion this year. For the first nine months of the fiscal year, the deficit dipped to just over $2.2 trillion from the record $2.74 trillion in the same period of the prior year, Treasury said, a decline of 18 percent. Overall, government receipts and outlays hit records for the October 2020 to June 2021 period, according to the data, as business taxes recovered even as the government passed another expensive stimulus package.