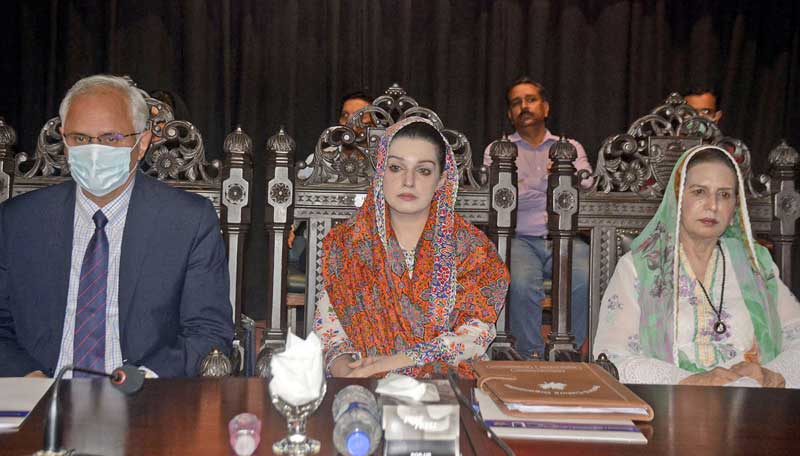 Speaking to the media along with President Lahore High Court Bar Association in Lahore, she said that soon the council would be constituted in association with Lahore Bar, a news release issued here said.

Mushaal, who is also Chairperson Peace and Culture organization, vowed that Kashmiri people would fight the Kashmir case together with lawyers at the international stage vigorously. Mushaal said that the occupied forces unleashed a wave of barbarism and terrorism to silence the voices of freedom fighters. She said that Indian occupying forces are using all brutal means against Yasin Malik despite his fast deteriorating health condition.

The chairperson said that the sole crime of Yasin Malik was to raise the voice for the birth right of right to self-determination of Kashmiri people.

However, she vowed that Indian fascist government and the brutal forces should bear in mind that neither they could silence Yasin Malik nor Kashmir people till materializing the dream of right to self-determination.

She went on to say that Kashmiri people would fight the Kashmir case through legal means and no power could deprive them of their long-denied freedom for a long time.

Mushaal said that Indian is committing the crime of changing the demography of the occupied valley illegally through use of brutal force by bringing Hindu settlers to the occupied territory. She said that the proportion of IIOJK population is being changed in sheer violation of international law and UN resolutions but even then the world community is looking the situation like a silent spectators. The Hurriyat leader stated that the Indian Army is committing serious human rights violations in the occupied valley and made the life of the dwellers a hell. However, she lamented that the United Nations observed criminal silence over the Indian unabated barbarism and atrocities. She termed India as a terrorist country, which is not only committing genocide of Kashmiris but also involved in sending weapons to Afghanistan to create unrest in the region.