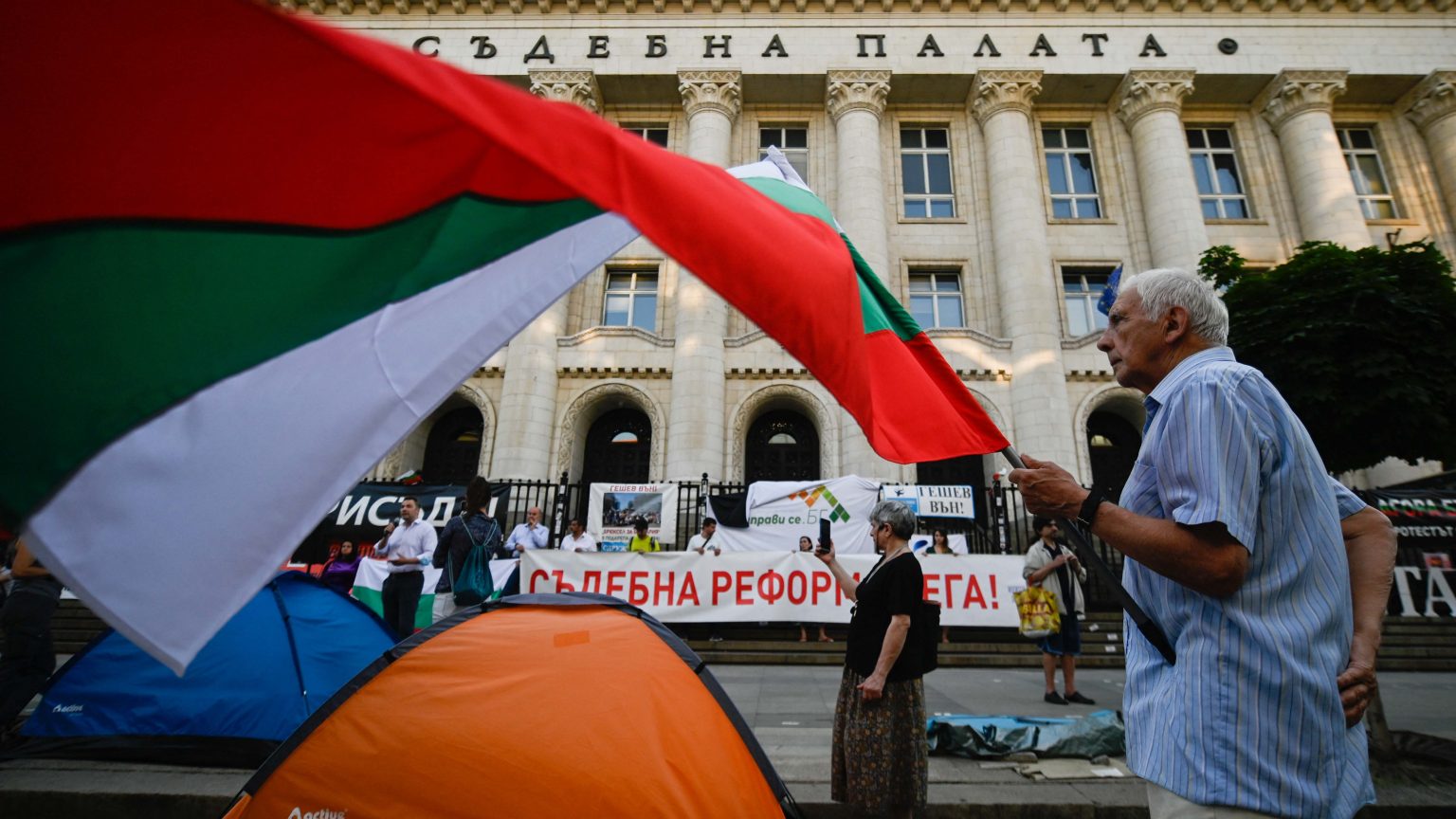 Latest polls projected that Trifonov’s There is Such a People (ITN) party — founded just last year — was marginally ahead of Borisov’s GERB. But while both parties are estimated to win between 21 and 24 percent of the vote in an election marred by low turnout, that will leave each of them short of a working majority in a badly fragmented parliament. And that raises the prospect of further elections in search of a stable government through coalitions and alliances with smaller parties. “A spiral of elections could create a monster out of parliament  — such parties and their unimaginable combinations that we will all be sorry about, but by then it will be too late,” New Bulgarian University professor Antony Todorov told BGNES news agency. Badly damaged after massive anti-corruption protests in the summer of 2020, GERB was unable to find parties willing to govern with it after failing to win a decisive majority in April. Since then, Borisov — a 62-year-old former bodyguard with a black belt in karate — has suffered a series of further blows from revelations by the interim cabinet about bad governance and allegations of corruption under his watch.

On top of that came unprecedented US sanctions against Bulgarian oligarchs who, according to Borisov’s critics, were favoured during his time running the European Union’s poorest and most graft-ridden member. If borne out, Sunday’s exit polls mean GERB will have fallen even further than the 26 percent it achieved in April. Two other parties that emerged from the corruption protests, right-wing Democratic Bulgaria and the left-leaning Stand Up! Mafia Out were on 13 and five percent, respectively, in the exit polls. Trifonov’s ITN has already said it won’t work with either GERB, the opposition Socialists or the Turkish minority MRF, the traditional parties of government. Instead, it hopes to rely on the support of Democratic Bulgaria and Stand Up! Mafia Out. The polls suggest the 240-seat legislature will “have around 110-115 lawmakers of the protest parties, which will make government formation very difficult”, according to political analyst Daniel Smilov. Trifonov himself is not running and has indicated he will not serve as prime minister. “It’s time to finish what we started and change the model of governance entirely,” Trifonov said in a Facebook post, saying he hoped for a new administration run by “young people, new faces”.

Pollsters estimated turnout had been between 34 and 38 percent, down from 50 percent in April. The founder of Democratic Bulgaria, Hristo Ivanov, told the bTV station that the high rate of abstention was a “cold shower given by the voters” and that this parliament would have to “gain legitimacy by working actively, notably on justice reform”. Borisov has denied any wrongdoing and, while heading to cast his vote on Sunday, repeated accusations against the interim government of unfairly targeting him and said they had “sown chaos”. Pensioner Georgi Panichev, 67, said he was unhappy with the “excesses” of the current administration and was voting for “stability”, an allusion to the veteran Borisov, whose political longevity has marked Bulgaria’s post-communist history.

Victoria Nikolova, 34, told AFP her priority was “changes in health, education, less corruption”. Heading to vote with her two young daughters, she said she hoped “our children don’t emigrate when they grow up”. For the first time, voting was conducted primarily by machine in a bid to limit voter fraud. “Machine voting has dissuaded older and illiterate voters,” Julius Pavloff, director of the Center for Analysis and Marketing, told AFP. “It’s the first time we haven’t been to vote — with the machines it’s too complicated,” one 90-year-old voter told the BNR radio station.

Pavloff added that “the fine weather after long months of restrictions means many people have already gone on holiday,” further hampering turnout. The interim cabinet has set out to try to limit widespread vote buying and voter intimidation — long established political party practices which account for 5-19 percent of the vote, according to the Sofia-based Anti-Corruption Fund Foundation. More than 900 people have been detained recently for allegedly trying to bribe poverty-stricken voters with 20-50 leva (10-25 euros), firewood and even basic food such as flour, bread or lentils, Interior Minister Boyko Rashkov said Friday.