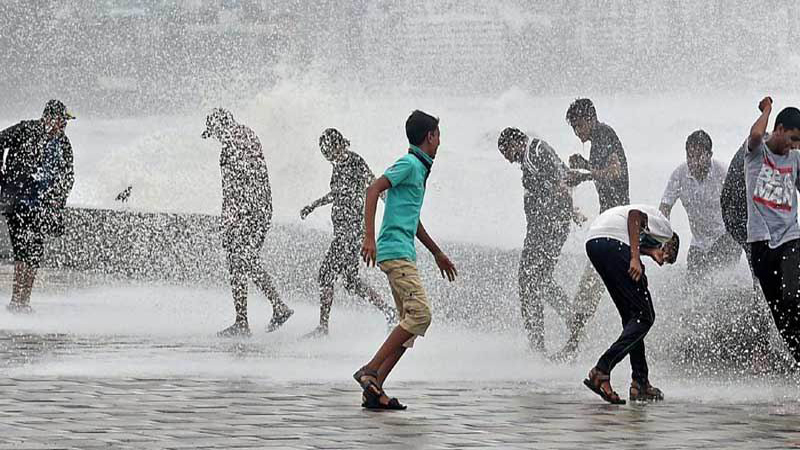 The Pakistan Meteorological Department (PMD) stated that strong monsoon currents from the Bay of Bengal have reached the upper parts of the country, causing rains that will continue.

Meanwhile, the National Disaster Management Authority has issued an advisory warning of urban flooding in Rawalpindi, Lahore, Gujranwala, Peshawar, and Faisalabad today and tomorrow due to heavy rains.

Heavy rains may cause flash flooding and landslides in vulnerable areas of Kashmir, Gilgit Baltistan, and Khyber Pakhtunkhwa, according to the PMD’s flood alert department.

Over the upper catchments of all the major rivers, as well as Rawalpindi, Sargodha, Gujranwala, and Lahore divisions, scattered to fairly widespread thunderstorms/rain of moderate intensity with isolated heavy falls were reported.

Meanwhile, Lahore’s Water and Sanitation Agency (Wasa) has been directed by Chief Minister Usman Buzdar to remain vigilant during the city’s heavy rains and ensure that traffic is not obstructed.

After rainwater accumulation was reported, the chief minister directed officers to ensure drainage from low-lying areas of the provincial capital.

MD Wasa Zahid Aziz said that efforts are being made to drain the water and that the city will be clear in two hours after the rain stops.

He said that he will remain on the field until the final point is cleared.

Rainwater is accumulating at the Lawrence Road tank, which is benefiting the new underground water tank project, according to Aziz.

According to sources, operations at the Allama Iqbal International Airport were also severely hampered, with at least 15 flights cancelled due to bad weather and technical issues.

After a brief hot spell, Karachi was greeted by its first monsoon shower on Monday.

The director of the Met Office had predicted moderate rain in the city next week. During the first spell, he predicted that Karachi would receive 10-22 mm of rain.

Karachi could see light rain on July 12 before the first monsoon spell officially begins, according to the Met Office.

Because of the rain, power was turned off in some parts of the city. Karachi-Electric (KE) stated that it was keeping an eye on the situation.

According to the Met Department for the next two hours, Karachi could see a mix of heavy and light rain.