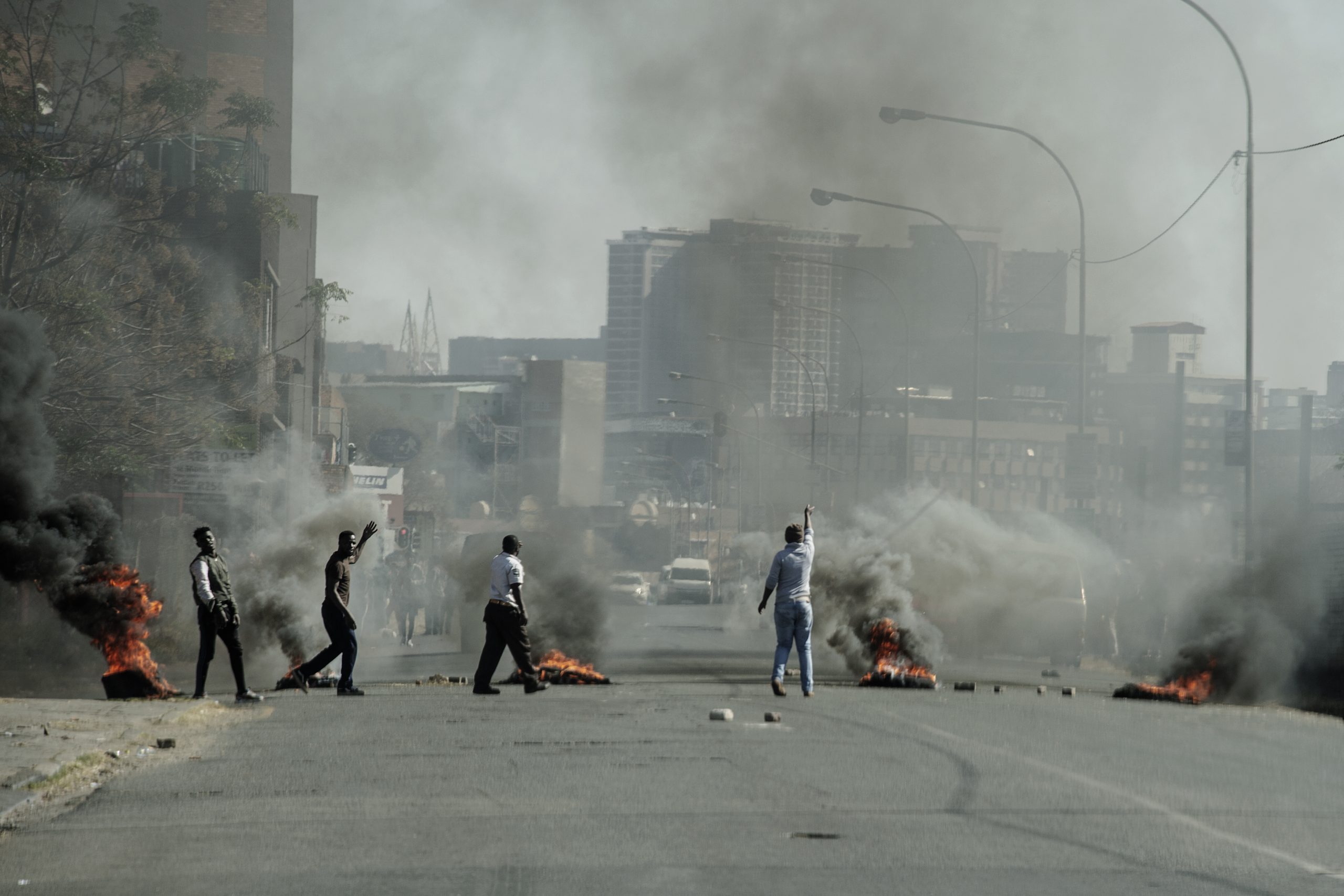 Sporadic violence has erupted in South Africa with dozens arrested after looting in KwaZulu-Natal, where ex-president Jacob Zuma is in jail, and in the economic capital Johannesburg.

Police said in a statement Sunday they had arrested 37 people in the Eastern province of KwaZulu-Natal and 25 in Johannesburg over the previous two days. In KwaZulu-Natal, protests broke out a day after Zuma was imprisoned on Thursday. The N3 linking Durban and Johannesburg was blocked for many hours, including a stretch south of Estcourt prison, whre Zuma is being held, and 23 trucks were set alight at Mooi River. While some of the protests appear to have been triggered by Zuma’s 15-month detention for contempt of court, they are tied in  with a sense of economic desperation as the country faces tightened restrictions under to a third wave of the Covid-19 pandemic. President Cyril Ramaphosa called for calm on Saturday, urging people to “express themselves within the law” and avoid destruction that could further cripple the economy.

In Kwazulu-Natal, the police “had their hands full yesterday and throughout the night”, spokesman Jay Naicker told AFP on Sunday. “Criminals and opportunistic individuals” took advantage of the tense climate to “enrich themselves”, he added. Several stores were looted, including in the Durbaqn suburb Mariann Hill. In Johannesburg, hundreds defied restrictions in two disenfranchised suburbs, but their protests ended in  violence, looting and 25 arrests, police said. In Jeppe, police dispersed a crowd of 300 who had set up barricades on a main road before looting businesses. The same happened in Alexandra, one of the poorest townships that neighbours the high-end city of Sandton, where nearly 800 rioters clashed with the police overnight. One officer was shot and hospitalised.

The police said they “remain on high alert” in the two provinces. South Africa’s top court on June 29 jailed Zuma for refusing to appear before a probe into the corruption that entangled his nine years in power. But the 79-year-old former anti-apartheid fighter remains popular, especially in his native KwaZulu-Natal where he is seen to embody traditional values.