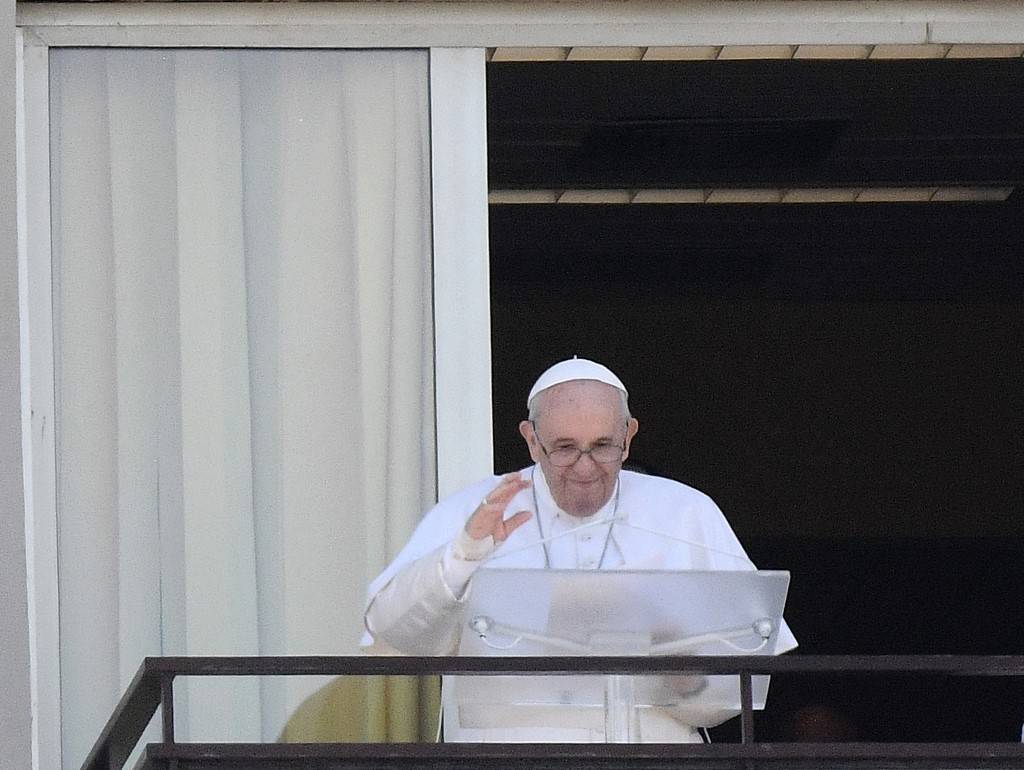 Pope Francis greeted supporters for prayers on Sunday from the 10th floor balcony of his hospital where he is recovering from colon surgery.

“I am glad to be able to keep the Sunday Angelus appointment, even here” at the hospital, he said. “I have deeply felt your closeness and the support of your prayers. Thank you from the bottom of my heart,” the pope said in a slightly hoarse voice to a crowd of 200 people gathered below. “In these days of being hospitalised, I have experienced how important good health care is, accessible to all, as it is in Italy and in other countries. “A healthcare system that assures good service, accessible to everyone. This precious benefit must not be lost. It needs to be kept,” Francis said. The 84-year-old pontiff has been in Rome’s Gemelli hospital since last Sunday, when he underwent planned surgery for an inflammation of the colon. He temporarily ran a fever last week after his operation, but a chest and abdomen scan and other tests revealed no particular abnormalities. “I would like to express my appreciation and my encouragement to the doctors and all healthcare workers and hospital staff,” Francis said. And the Church leader asked people to “pray for all the sick, especially for those in the most difficult conditions: may no one be left alone, may everyone receive the anointing of listening, closeness and care”.

After the prayer, the pontiff urged for an end to violence in Haiti, which has been in turmoil since its leader was shot to death when gunmen stormed his family home in the capital on the impoverished Caribbean nation early Wednesday. “In recent days my prayer has often been aimed at Haiti, following the assassination of its President and the wounding of his wife.” “I join in the heartfelt appeal of the country’s Bishops to ‘lay down weapons, choose life, choose to live together fraternally in the interest of all and in the interest of Haiti’.” “I am close to the beloved Haitian people; I hope that the spiral of violence will cease and the nation can resume the journey toward a future of peace and harmony.” The pope also urged people to take care of the environment. “Today is ‘Sea Sunday’, dedicated in a particular way to seafarers and to those whose source of work and sustenance is the sea.” “I pray for them and exhort everyone to take care of the oceans and seas. Take care of the health of the seas: no plastic in the sea!”