Country’s research institutions to be upgraded with cooperation of China, says Fakhar Imam 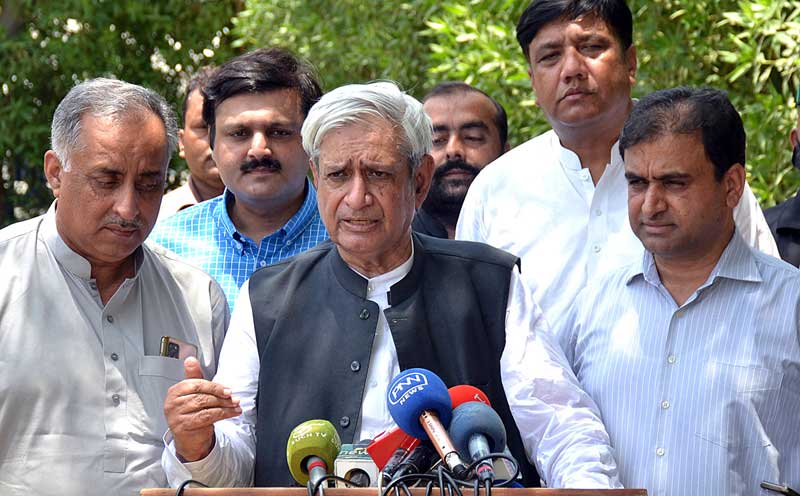 Federal Minister for National Food Security and Research, Syed Fakhar Imam, said on Saturday that the country’s research institutions would be upgraded with cooperation of China under the second phase of China Pakistan Economic Corridor (CPEC), in order to enhance production of various crops.

The minister expressed these remarks during a media talk after prize distribution ceremony at a private college here.

“Top researchers from China would visit Pakistan and work with local experts at different institutes’’, said Fakhar and hoped that it would surely help improve seed quality which ultimately led to handsome production. The best seed quality can contribute 15 percent more production, he stated.

Fakhar Imam also remarked that the country would also focus on organic farming as it was also becoming popular across the globe due to its nutritious and healthy value. The government was doing legislation to offer facilities for promotion of green food.

Fakhar also observed that South Punjab agriculture was playing an important role in strengthening the country’s economy adding he said there was an increase in production of major crops including wheat, maize, sugarcane and rice.The increase in production was also improving the living standard of farmers, said Fakhar. Country witnessed record production of 27.48 tonnes of wheat. Similarly, the government was also importing wheat in order to ensure ample stock in the country to plug chances of hoarding and keep prices stable.

He said that efforts were underway to enhance cotton production. The country is introducing a track & trace system to monitor seed quality.

Fakhar hinted that floriculture will also be promoted to enhance flower export. He quoted the example of Holland and stated that it (Holland) was earning 25 billion dollars from export of flowers.

He lauded Prime Minister Imran Khan for successfully taking up the Kashmir case at every international forum.

Responding to a question, he stated that many elements wanted a national reconciliation ordinance (NRO) but they were facing disappointment.

To a question about inflation, he said that it was a global issue.

He said that Maryum Nawaz Sharif was making political point scoring on Kashmir only.

Earlier, addressing the ceremony, Fakhar maintained those nations which focus on technology, excelled in every sector through rapid progress. Pakistan’s growth rate was improving despite pandemic COVID 19, stated Fakhar and also urged students and teachers to use masks and other precautionary measures. He stressed upon students to pay immense focus on studies to put the country on a path leading to progress and prosperity.