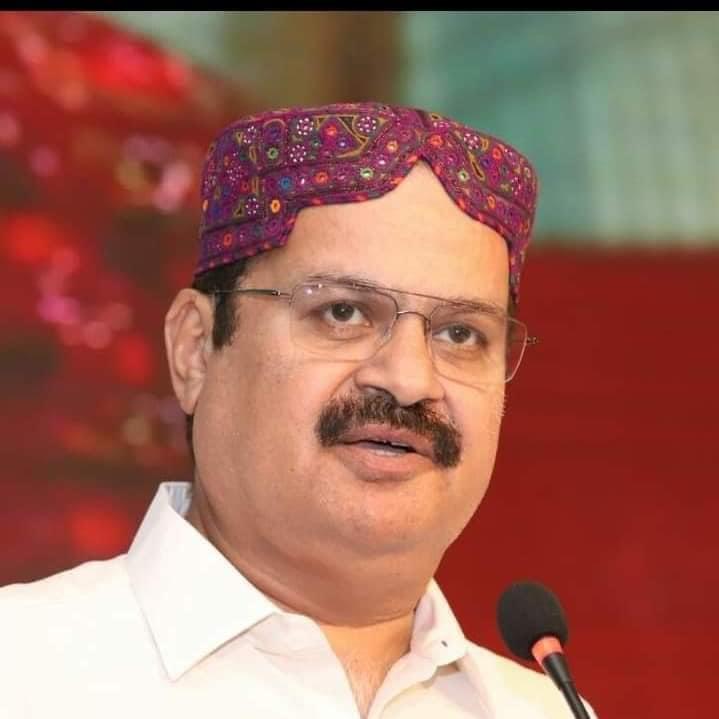 MITHI: Dr. Mahesh Kumar Malani, the PPP MNA from Tharparkar, has asked his political rivals and opponents to do politics of the principles instead of baseless accusations on him and other PPP leaders in the peaceful desert district. Dr. Malani speaking to the media persons on Saturday, said that some ‘misguided’ people had been doing the dirty politics and trying to get political mileage out of the brutal killing of Dodo Bheel.

Dr. Malani said that after the gory incident, he, along with the other PPP leaders, reached the venue of the protest and held talks with relatives in a very peaceful atmosphere. They ended their hours-long protest demonstration after the FIR was registered as per the demand of the relatives of the murdered worker on the complaint of his brother, Alim Bheel. ” It was very unfortunate that on the next day when area police could not arrest the nominated accused persons of the mining firm, the relatives along with workers of different political parties again came on the roads in the town,” he added.

Dr. Malani said that the police force was used against some of the miscreants, who had threatened to block the officials of the mining firms engaged in the coal extraction and power generation in Thar Coalfields near Islamkot. ” It was again very unfortunate that some people were tortured by police as a last resort by the police personnel to thwart their efforts to create law and order situation in very peaceful and sensitive areas” he recalled snd said that soon after such incident he talked to the high-ups of Sindh government and party leadership to resolve the matter first by announcing the proper compensation for the legal heirs of Dodo Bheel and two other injured persons and then asking the police officials to withdraw the FIR registered against nine nominated and some others on charges of setting the police bikes on fire.

“The PPP leadership on our request not only announced the huge amount in compensation, a relief package for the victim but also formed a committee comprising three provincial ministers to meet the heirs to console them,” he said. He said that three ministers, including Mr. Imtiaz Ahmed Sheikh, Syed Sardar Ali Shah, Nawab Taimour Talpur, and PPP lawmakers and leaders, reached village Aban-Jo-Tarr condoled with members of the aggrieved family members. Dr. Malani said that the high-ups of the Sindh government, PPP leaders both from Thar and other districts acted upon the directions of Bilawal Bhutto Zardari, who had taken strong notice of the incident after he was comprehensively briefed by party leaders and high-ups of the Sindh government about the whole tragic incident.

He claimed that the relatives, though they were in a state of anger and indignation over the tragic incident yet reposed their trust in PPP leaders, who assured them of their full support to get the killers arrested.

Dr. Malani commenting on the serious allegations on him and other leaders by the leaders of Bheel Intellectual Forum and PTI during their public gathering in MIthi town on Friday, said that those rejected by the people of Thar having no sense, self-respect, and norms of the clean politics used highly foul and filthy language against him and other PPP leaders during their speeches.
He said that he restrained himself and directed his party workers not to respond to such insane people in the same coins instead left their case on the peaceful people of Thar to decide about such people, who wanted to create law and order situations in the peaceful area like Thar.

Dr. Malani said that he and his family members believed in the politics of peace and brotherhood, adding he warned the rejected people to mend their ways in the future.

“Now the person with the vested interests and ulterior motives will not be allowed to use such language against any PPP leaders in future,” he added.

He also outright rejected the accusations of getting Thar police involved in the political victimization of the political rivals. He asked some people Thar to stop creating a political mess by sitting in Islamabad.