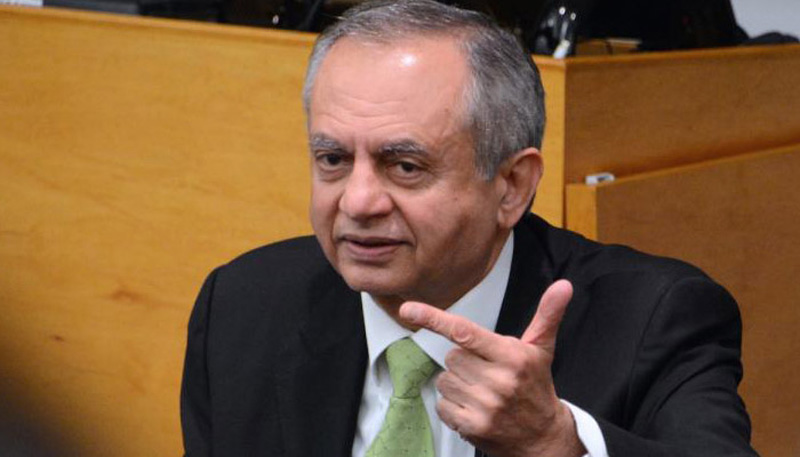 Advisor to Prime Minister on Commerce, Textile, Industries, Production and Investment Abdul Razak Dawood has said that sustainability of economic growth is a major challenge after stabilising and improving the economic indicators.

He was addressing the business community at the Faisalabad Chamber of Commerce & Industry (FCCI) here on Saturday. He said that in this regard a series of meetings had been proposed with the stakeholders immediately after Eid.

One meeting would be held with Prime Minister Imran Khan so that the exporters could interact directly with him and highlight their core issues.

The advisor pointed out that our economy was moving in the right direction and industry was making phenomenal growth. The PTI government, during the last three years, had attained the growth targets and now the challenge was to ensure sustainability of economic growth, he added.

Dispelling an impression that exporters were continuously demanding more, he said that market conditions were changing and accordingly new challenges were cropping up and we have to handle those with wisdom and prudence in the fast changing business environment. He said that Pak exports jumped to $31 billion last year and in this connection, the lion’s share was contributed by the textile sector.

He pointed out the tariff rationalisation measures and said that duty had been reduced to zero level on various textile raw materials including raw cotton, nylon, acrylic, viscos, wool, flock and hemp. He said that the measure had enabled exporters to explore new markets while his concern was that tariff rationalization must continue in the coming years.

He said that 40 percent of our raw material was being imported and duty on it had already been reduced to zero. In this connection, he specifically mentioned engineering, pharmaceutical and footwear sectors for which all duties had been withdrawn.

He said that he had talked to Prime Minister Imran Khan and they had detailed meetings with Finance Minister Shaukat Tarin on that issue.

About inflation, he said that no doubt it was a major issue for an elected government. He said that the PM would have two meetings. In the first meeting, they would decide export targets for the next financial year. He said that two years ago, the textile exports were $13 billion, while last year the sector earned $15.5 billion.

He said that yet another meeting would also be held with Finance Minister Shaukat Tarin to resolve the issue of availability of yarn. He said that a policy had been finalised for payment of DLTL (Duty Drawback of Local Taxes and Levies). It was intentionally ignored in the current budget and they would finalise it after having a meeting with the finance minister.

He said there was acute dearth of manufacturing units for shirts, suits and lady garments. He said that exporters should focus on these sectors as the government would be more than helpful to facilitate and support them. He said that by exploiting the sector, we could take our exports to $200 billion within the next couple of years.

He also mentioned the manufacturing of mobile phones in Pakistan, and said the country would start its export from next year. He said he was scheduled to visit Uzbekistan and said that Central Asian markets had a potential of $90 billion and Pakistan must exploit it.

Earlier, President FCCI Engineer Ihtisham Javed welcomed the guest and said that we could enhance our exports to $25 billion last year as the government had withdrawn duties on 1,600 additional tariff lines.

He said that despite the corona pandemic, Pakistan attained growth of 3.9 per cent.

Meanwhile, the PM Advisor also addressed a meeting of All Pakistan Bed-sheets and Upholstery Manufacturers Association.