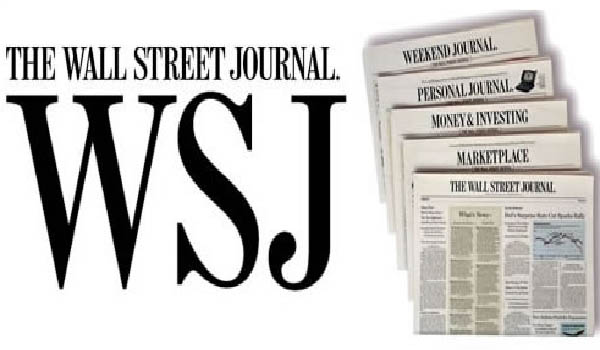 Amid the rapidly deteriorating security situation in Afghanistan, U.S. officials in Kabul are developing plans to reduce the large contingent of contractors and other personnel at the massive U.S. Embassy complex, The Wall Street Journal (WSJ) reported Saturday.

Citing embassy officials and contractors, the newspaper said in a dispatch from Kabul that State Department officials are undertaking an intensive look at the number of staffers at the embassy, which houses roughly 4,000 diplomats, contractors and other staff, including about 1,400 Americans. The review is expected to result in a significant reduction of the thousands of Afghan and American contractors as well as those from other countries, the newspaper said, citing officials. Meanwhile, the Pentagon’s top spokesperson Friday acknowledged a “deteriorating security situation” in Afghanistan amid claims from the Taliban that the insurgent group now controls a large majority of the country.

“What we have seen is a deteriorating security situation on the ground, no question about that, that the Taliban continues to take district centers,” Pentagon press secretary John Kirby said in an interview with CNN. “We are seeing them continue to advance on district centers around the country, and it is concerning.” Kirby’s comment came after the Taliban claimed to now control 85 percent of Afghanistan. The assertion was made by a Taliban negotiator during a news conference in Moscow, where a senior Taliban delegation was visiting this week to offer reassurances the insurgents’ recent gains will not threaten Russia or its Central Asian allies. Kirby told CNN he was “not in a position to quantify or to validate” the Taliban’s claims on how much territory it controls. According to WSJ report, U.S. diplomatic officials also were weighing whether some of jobs at the embassy could be sent to the U.S. and whether others could be reduced or trimmed altogether, the report said.

The security situation, it said, in Afghanistan has put U.S. Embassy officials in a difficult position as Washington has tried to signal to Afghan officials that it would continue to support the government, while also preparing to respond to security concerns. “We don’t want to draw down the mission so much so we can’t do our crucial diplomatic work,” one official was quoted as saying in the WSJ report. The U.S. Embassy in Kabul, one of the largest U.S. embassies in the world, is responsible for maintaining contacts with the Afghan government and other allies, along with reporting on political and security developments and overseeing a multibillion-dollar aid budget.

The American embassy is a vast compound of about 36 acres alongside the U.S. and North Atlantic Treaty Organization military headquarters in the upscale neighbourhood of Wazir Akbar Khan, a heavily fortified area, known as the Green Zone. The complex has been expanding over much of the past decade, according to the report. The State Department awarded a contract to enlarge the embassy in 2010, as the U.S. and allied mission in Afghanistan swelled. The expansion was supposed to have been completed in 2014. The project was declared substantially complete in 2019, when the budget had nearly doubled to US $ 791 million. The complex is situated behind a series of cement blast walls, high metal gates and other barriers. In addition to the normal complement of U.S. Marine Corps security guards, U.S. military officials were expected to install a Marine quick-reaction force to respond to potential emergencies, WSJ said, citing military officials. The U.S. military and State Department officials have stepped up planning for an emergency evacuation of the Kabul embassy, which would remove all American personnel and effectively close the embassy, The Wall Street Journal has earlier reported. U.S. officials stressed that there were no immediate plans to evacuate the embassy, but that the stepped-up planning was being done out of prudence. U.S. contractors employed by the State Department and Pentagon have a range of responsibilities, from securing the embassy to implementing aid projects and monitoring their progress, it was pointed out.

The embassy would take on new significance after the U.S. military withdraws all combat forces, the report said, adding personnel assigned to the embassy, both military and others, would support the Afghan military forces, particularly the Afghan air force, from inside the complex. Some contractors in Kabul, according to the report, said they were braced for orders to evacuate from one day to the next. They also have said that areas they were able to reach were shrinking because they were unable to operate in areas freshly overtaken by the Taliban. Even so, new projects were announced and funded regularly, they said. Given the expanding Taliban presence and the U.S. and allied military withdrawal, American diplomatic officials were quoted as saying they were concerned about maintaining such a large presence in Kabul, which could make it difficult to evacuate the embassy in the event of an emergency. Underpinning the uncertain climate, arrangements to secure Kabul airport and the Green Zone area, where most Western embassies are located, are still being developed, WSJ said. Turkey has agreed in principle to stay at the airport, where its forces have long provided security, although the details have yet to be worked out and the Taliban have raised objections to the arrangement, the officials say. The 2020 agreement between the Taliban and the U.S. during the Trump administration requires the removal of all U.S. and foreign contractors as well as military personnel, leading to questions concerning the future of U.S. contractors in Afghanistan.