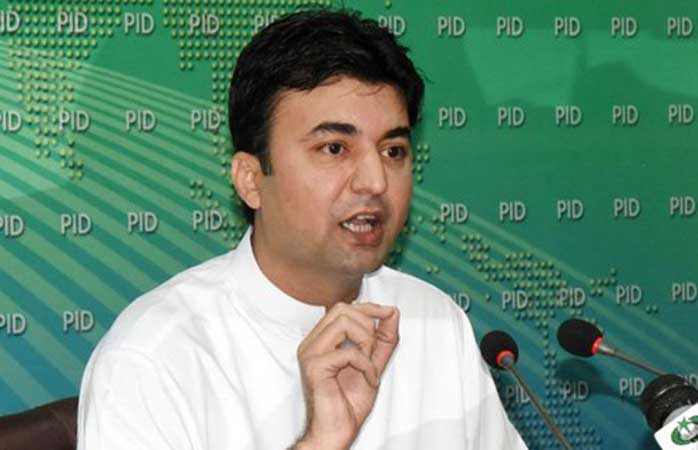 Minister for Communications and Postal Services, Murad Saeed on Friday expressed his hope that Pakistan Tehreek Insaf (PTI) will achieve a landslide victory in Azad Jammu Kashmir (AJK) forthcoming elections scheduled to be held on July 25.

He said that those who invited Nerandra Modi to the wedding ceremony, welcomed Sajan Jandal without a visa and refused to meet Hurriyat leaderships, would be rejected by the people of AJK in forthcoming elections.

“I am quite sure people of AJK would reject both the corrupt parties PPP and PML-N in the elections,” he said this while talking to a delegation of Sunni Tehreek Azad Kashmir led by its President, Qazi Sohail Qureshi.

The other members of the delegation included General Secretary, Sahibzada Kamran Ali Qadri, Bilal Muhammad Chishti and others.

He said Parchi Chairman Bilawal Bhutto Zardari’s party was contesting elections on wrong Parchi (receipt), adding that PPP was even unable to manage its candidates for all constituencies in AJK.

He claimed that the people of AJK showed their tilt in favor of Prime Minister Imran Khan, who was the ambassador of Kashmiri people and the spokesman of the

Islamic world and was fighting the case of Kashmir at the international level.

The minister said that the Sindh province was facing a number of problems including children were trembling with hunger in Thar, incidents of dog bites, increase in poverty, unavailability of medicines and doctors, buffaloes instead of students in schools, theft of pensions, theft of wheat etc.

Ali Amin Gandapur said that PML-N and PPP, which faced defeat in Gilgit-Baltistan elections, would also face defeat in Kashmir.

Earlier, in the meeting, the Sunni Tehreek-e-Azad Kashmir announced to withdraw its candidate Syed Makhdoom Hussain Shah from LA-13 constituency in favor of PTI and to support PTI in every constituency of Azad Kashmir.

It should be noted that the popularity of PTI in Azad Kashmir was constantly increasing, more candidates were withdrawing in favor of PTI.