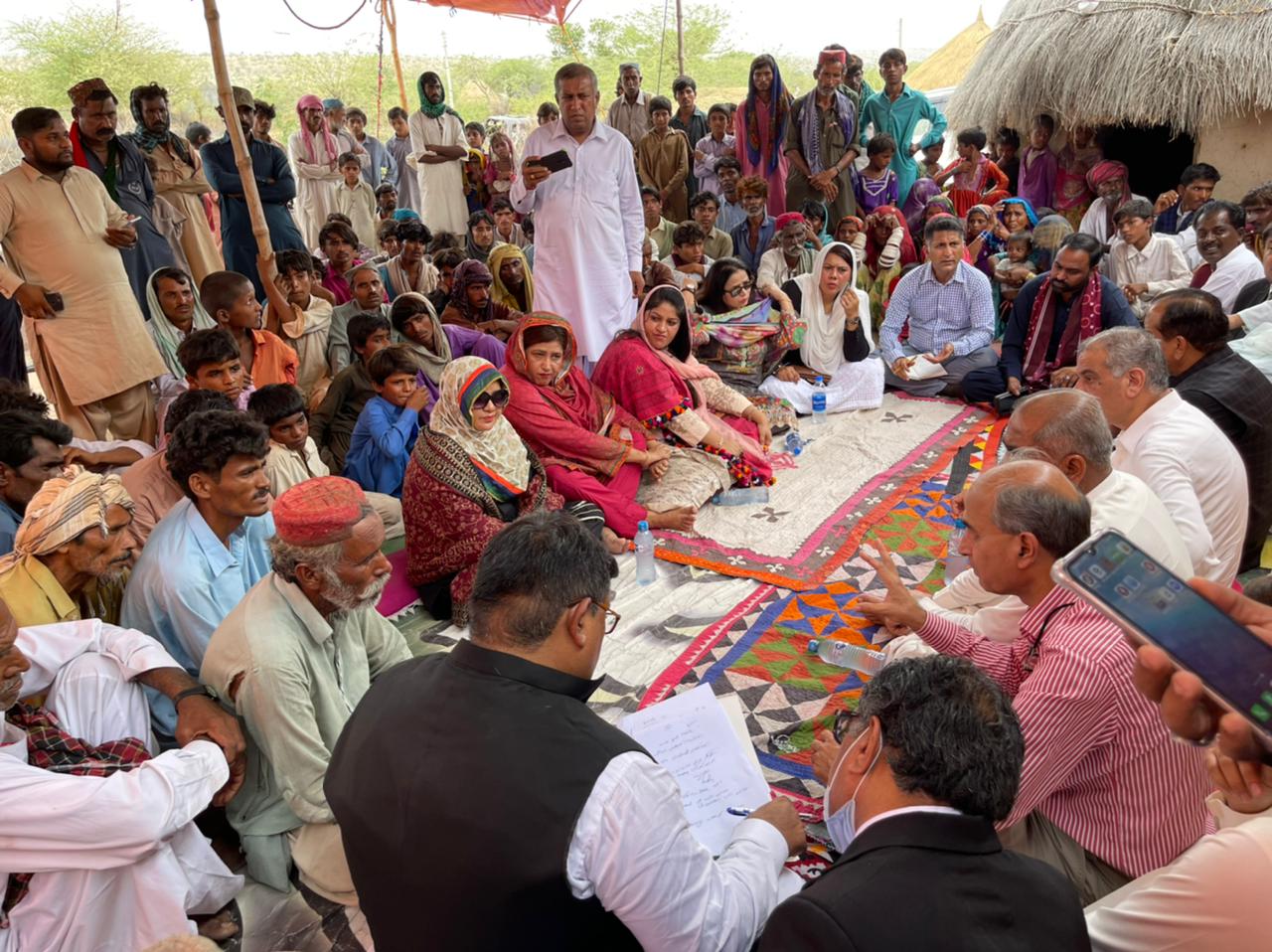 The fact finding mission formed by federal government comprising the human rights activists under the supervision of the supervision of PTI MNA Dr Lal Chand Malhi, the parliamentary secretary for human human rights and Mr Chela Ram, the chairman of National Commission for Minorities and Ministry Religious Affairs and Interfaith Government of Pakistan on Friday visited Thar.

The members of the mission during their visit to Thar also reached village aban-Jo-Tarr and offered their condolences with the relatives of the murdered Dodo Bheel. They expressed their deep grief, anger, exasperation and indingation over the killing of Dodo and injuring two other workers and over the subsequent police torture and on the peaceful protesters, who according to them, just wanted the registation of the FIR and the arrest of the accused persons.

The relatives of the mudered coal mining workers informed the members of the delegate that the victim was subjected to the worst torture for many days by the gaurds of the Sindh Coal Mining Coal Mining company, as a result, he died after he was shifteed to Civil Hospital Hospital where he died of the fatal wounds inflicted on his body. They deplored that when they approached the Islamkot police for the rescue of the detained Dodo and colleagues they were asked by the officials to keep mum since they were being investigated in case with regard to theft of some material.

They also shared the autopsy report which had revealed that Dodo received as many as 189 fatal injuries from a heavy blunt iron bar. They informed that as long as present SSP Mr Hassan Sardar Niazi, was allowed to run the police affairs in the district they demanded that the investigation of the muder case be handed over to another honest and efficient officer,

The heads of the committee and others assured that they would submit the detailed reports to the office of Prime Minister of Pakistan, Mr Imran Khan, Dr Shireen Mazari, the federal minister for human rights department and other high-ups of the federal government .

They said that the federal government had already taken the strong notice and hoped that the further actions would be taken in the light they would submit to the concerned offices. They members of the delegate also met with injured Ghulam qadir Khokhar in Civil Hospital Mithi. The members of the mission also met SSP Hassan Sardar who briefed them about the gory incident. When contacted the members told Mr Niazi could not give the satisfactory briefing to them with regard to the murder and the serious allegation leveled against him by the heirs of the victim.

They said that they would issue the detailed report of their findings within the next few days during a press conference after collecting more documents and meetings with the some concerned people and authorities.