Stability in Afghanistan is an elusive concept 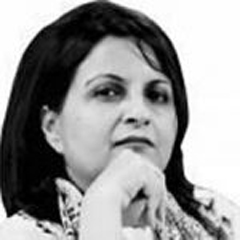 Defining the future of Afghanistan after post-exit U.S forces is a difficult proposition. The Biden government has started withdrawing its forces, and the aim is to move it to zero troops this year. “This is not condition-based. The president has judged that a conditions-based approach. . . is a recipe for staying in Afghanistan forever. He has reached the conclusion that the United States will complete its drawdown and will remove its forces from Afghanistan before September 11th.” [ The Washington Post quoting a senior administration official: April 14, 2021]

Different scenarios can emerge upon U.S forces exit from Afghanistan this year, in August as envisaged by Biden.  First is the creation of a government supported by the U.S and the international community that includes Taliban in the existing set-up. This set-up is likely not to stay long. There are two reasons for the predicted failure of this scenario. Ghani’s government is fragile. Irrespective of over exaggerating the Afghan security forces strength, both Ghani and the U.S government are aware that it will collapse like a house of cards without Allied Forces boots on ground. Brig. ® Sultan Mahmud succinctly sums it up in his piece, “The US has silently decided to leave the Afghan military to deal with the Taliban alone! Have also made it clear that they will not provide any air cover. However, there is again a method in this retreat and surrender. ‘It is better to cede territory than get your soldiers killed’ is the phrase being advocated.” [4th July 2021] The second reason is that not only Afghan government but also, its institutions rely heavily on external aid. Forty per cent of its GDP came from external aid in 2018 according to a report of the World Bank. Withdrawal of the forces may well lead to a drastic cut back in financial aid, as happened in 2014. One huge negative impact of the financial aid’s cut back is that with less funds at disposal, it may become difficult to buy loyalties of different factions. In a country as corrupt as Afghanistan, patronage fuels the corrupted more by handling ethnic diversities and feeding local interests. These funds predominantly feed the anti-Taliban elements. Based on these facts, withdrawal of U.S forces convey a message to the multi-factions in Afghanistan of lack of political commitment of the U.S government to the future political outcome in Afghanistan. This can lead to an unsavory outcome of U.S and allied forces failing to negotiate a settlement between the Taliban, the Afghan government and other forces of multi-hues on ground.

The second scenario is the Afghan government presently in place is replaced with a dominant Taliban presence. Such a set-up is likely to include powerbrokers from central highlands and the north. Can this kind of joint sharing sustain long? The question to how Taliban wants to run the country according to its version of Islam and approach of other stake holders may prove to be the point from where paths of the uneasy bed partners diverge. This may happen sooner than later.

Third is what one feels will be a more likely outcome in times to come i.e. outbreak of a civil war. The ethnic divisions of Afghan nation are deep and divisional. These include linguistic divisions, these may at times and at others may not overlap ethnic divisions. Besides this comes divisions of tribals. Pashtuns are not one entity as generally bundled under one umbrella. They are divided into the Ghilzai, Shinwari, Waziri, Durrani, Mohmand, Yusufzai and innumerable smaller tribes. These tribes themselves are not homogeneous in themselves. Many are subdivided into smaller ones. To take one example only the Durrani tribe is further broken down in seven sub-divisions. The Achakzai, Barakzai, Popalzai, Alikozai, Nurzai, Alizai and Ishakzai. These in turn are divided into clans. In other words, all these divisions can be added up in one word: a headache. The importance of using funds to buy loyalty becomes abundantly clear. But the question raised here is different. So, the Taliban, though emerging from religious seminaries as a movement for Pashtuns, cannot represent the entire Pushtun divided population. Nor the non-Pashtun origin population. Though dominated by ethic Pashtuns, who constitute one third of the population, the two thirds and their voices cannot be ruled out. Though Pashtuns are mainly Sunnis [not the Pashtun Turi tribe that is Shi’a], Tajiks hail from both religious divisions. The Badakhshan Tajiks are Ismailis, whereas the Shi’a Tajiks live in western Afghanistan. Rest is Sunnis. With a cross-mix of tribes, clans, ethnicities, religious groups- it becomes next to impossible for Taliban to be a unanimous leader-unless it has the foresight to include leaders of different groups as stakeholders within its fold. And then to deliver on whatever promises are made. Failing a civil war is a foregone conclusion.

A broader engagement between the multifaceted Afghan society is a must for a peaceful coexistence. Key questions must be addressed with stakeholders, both having a prominent voice and those who currently do not have one that prominent. Hameed Hakimi will otherwise be proved right when he says, “a heedless military withdrawal will pave the way for a regional proxy war in Afghanistan. Pakistan, India, Iran, China, Russia and the Arab Gulf states could all resort to military competition through their proxy clients within Afghanistan.” [CHATHAM HOUSE: 4 JUNE 2021]