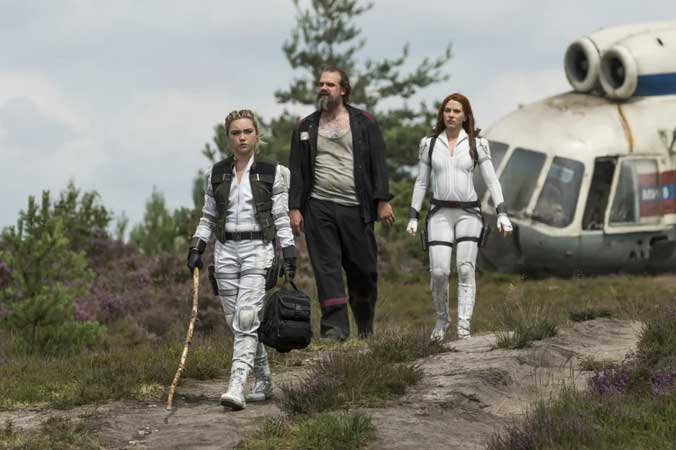 David Harbour has said his starring role in a Marvel film has not impressed wife Lily Allen’s children.

But he said his latest role in Black Widow, the standalone film for the superhero played by Scarlett Johansson, had not scored him any points. He told the PA news agency: “They don’t care. It’s funny though, nobody’s kids care. I think it’s like when I saw Sasha and Malia, Barack Obama’s kids, and they were just like, ‘Dad!’, you know?

“It doesn’t matter who you are, your kids are never gonna think you’re cool, they are never going to, that is the deal.”

In the film, Harbour plays the conceited Alexei, a Russian agent posing as Natasha Romanoff’s father, who was part of a sleeper cell passing as an average American family in Ohio, before their identity is discovered and they escape back to Russia.

The film shows him still living in his glory days as the Red Guardian, the first Soviet-sponsored super solider, who is desperate to know if Captain America ever talks about him. Harbour said: “When Cate (Shortland, director) pitched it to me originally, she said he was this guy who had all these tattoos and was in prison, but also, he’s really needy. “He wants his girls to think his jokes are funny. It takes all these twists and turns and he really becomes this three-dimensional thing.

“He doesn’t always make the right choices, he’s got a lot of guilt, a lot of remorse, a lot of things to make up for – and I just love characters like that. “I felt there was real drama potential for him. He has a real drama to how he’s lived his life. I really love that about him.”

The actor said his time in the Netflix sci-fi series Stranger Things left him well-prepared for the secrecy of joining the Marvel Cinematic Universe, adding: “The funniest and the best thing about these worlds are the memorandums of talking points that you get from the publicity department.