* Govt adamant to hold exams as per schedule 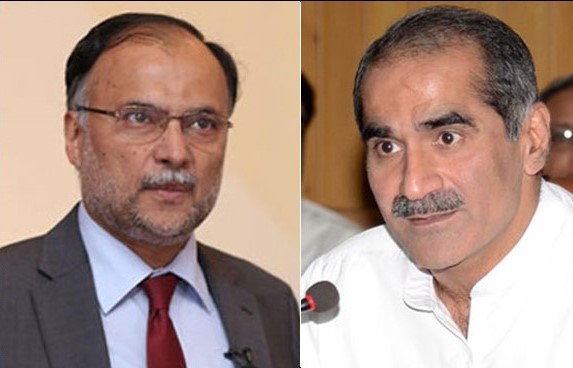 Pakistan Muslim League – Nawaz (PML-N) on Thursday demanded the government to delay the annual intermediate examinations, claiming that the students were not given proper time for preparation and teaching of courses due to Covid-19 restrictions .

Through a call of attention notice the PML-N legislators Ahsan Iqbal, Dr Darshan, Khawaja Saad Rafique raised the issue regarding announcement to take intermediate examinations on short notice, without completing the syllabus, which has caused grave concern amongst the public.

Above from politics, Ahsan Iqbal said that the United Kingdom has cancelled their examinations with a plea that equal opportunities were not provided to all students. Same is the case of Pakistan, where students from different areas were not given equal opportunities, Iqbal noted.

He said that the smart syllabus could not cover everything, e.g. if a student fails in one subject, he/ she will be considered to have failed in another subject also, which is not a desirable solution. He demanded the government to delay the exams by 45 days since merit cannot be ensured in the current situation.

Speaking on the occasion, the former Railways Minister and PM-N leader Khawaja Saad Rafiq said as it is a matter for future generations, therefore, he appealed that the exam should be delayed and in this regard a detailed discussion should be held in the federal ministry for education.

Both the PML-N leaders also advised the government to immediately release the arrested students, who were imprisoned during a demonstration demanding a delay in intermediate examinations.

In his address, Dr Darshan asked the speaker to give a ruling for detailed discussion on this issue in the ministry of education along with all stakeholders.

He noted that examinations can only be held if the students are taught first, and questioned that In the presence of prolonged power load shedding, how is it possible for the students to appear in the exams.

Responding to the quarries of PML-N legislators, Parliamentary Secretary for Ministry for Professional Education Wajiha Akram noted the due date of examination was March, but the boards could not hold them on their stipulated time due to covid-19 restriction.

Keeping in view the limited teaching of course, the government has decided to take the exam only in four instead of eight routine subjects examination. The exam decision was taken after proper consultation with the Higher Education Commission, Pakistan Engineering Council and other stakeholders.

Some Boards have already taken examinations, therefore it is impossible to not hold exams in other provinces. She said O and A level students also appeared in the examination. In order to remove discrimination, it was necessary to take exam in rest of the country educational Boards.

She said that there were about five million students who are going to appear in the examinations and only a few of them held protest demonstrations for the delay in exams.

Speaker Asad Qaisar directed the parliamentary secretary for ministry of professional education to set a meeting with minister Shafqat Mehmood along with opposition legislators and other stakeholders for conducting the intermediate examinations.

On a point of order, MNA Mohsin Dawar informed the House that terrorism once again is on rise in the country and tribal elders are being targeted. He demanded the government to arrange a joint sitting to discuss the issue before it spread across the country.

However, State Minister for Parliamentary Affairs Ali Mohammad Khan said that due to the recent developments in Afghanistan, its repercussions are being witnessed in Pakistan. But the Speaker still directed the details of such incidents to be presented in the house.

Later, the House was adjourned till Friday at 11 am due to lack of quorum.