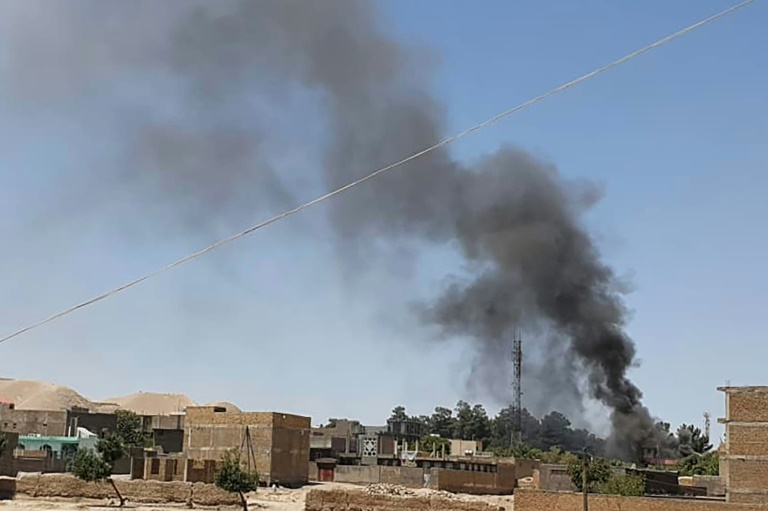 The Taliban are forcing people from their houses in northern Afghanistan and looting and burning some homes as they press forward against government forces, Human Rights Watch said Wednesday.

The rights group said residents of Bagh-e Sherkat in Kunduz province reported that in late June the insurgents swept in and used loudspeakers to give people two hours to evacuate their homes “for their own safety.” Human Rights Watch said residents interviewed by phone in the past week said some 600 families were forced to leave the town to distant locations. The resident said that the Taliban threatened people who had supported the Afghan government, and that Taliban fighters looted and burned homes.

“The Taliban’s retaliatory attacks against civilians deemed to have supported the government are an ominous warning about the risk of future atrocities,” said HRW associate director Patricia Gossman. “The Taliban leadership has the power to stop these abuses by their forces but haven’t shown that they are willing to do so,” she said. HRW said it could not confirm villager claims that the Taliban shot dead a local shopkeeper and a former local militia member. A 45-year-old widow told them Taliban fighters forced her to leave.

“They said I had to leave because we had helped ‘the infidels.’ I lived in that village 20 years. Now I am in Faizabad living in a tent,” she said, according to the rights group. The Taliban’s sweep across the country has picked up pace as US and NATO forces have almost completely withdrawn, leaving the Afghan national security forces largely to fend for themselves. The last US troops are to depart by late August. The insurgents have notably taken control of many rural districts in the north, seeking to surround provincial capitals and control key arteries.

On Wednesday they launched a major assault on the Badghis provincial capital Qala-i-Naw in the west. “The enemy has entered the city, all the districts have fallen,” Badghis governor Hessamuddin Shams told reporters in a text message, while insisting that the city would be defended.