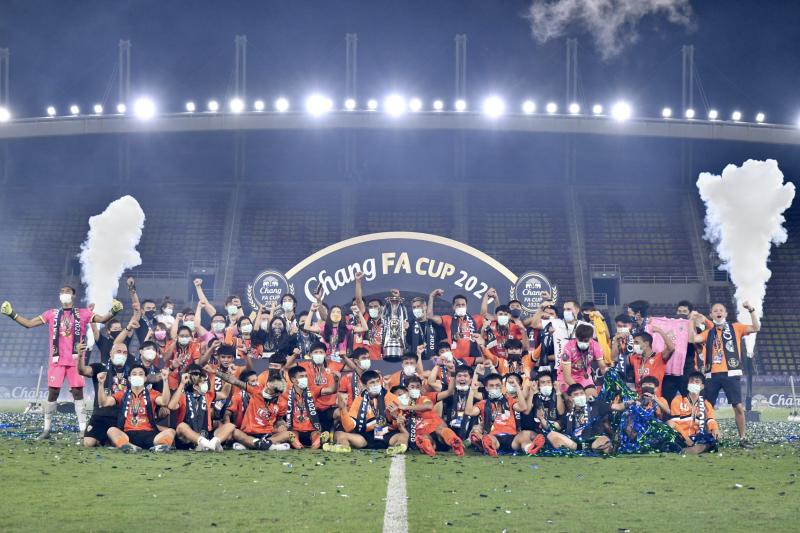 Jeonbuk brushed aside Chiangrai United 3-1 to book their spot in the last-16 of the Asian Champions League after securing top spot in Group H with one match to spare on Wednesday.

The Korean giants became the second team to make the cut from the eastern half of the continent after Japan’s Nagoya Osaka achieved the feat on Sunday from Group G. Jeonbuk, who won the tournament in 2006 and 2016, thoroughly dominated their Thai rivals at the Lokomotiv Stadium in Tashkent to take their tally to an unassailable 13 points from five matches.

Their main rivals for the top spot in the group, Gamba Osaka of Japan, thrashed Singapore’s Tampines Rovers 8-1 on Wednesday but with nine points can only hope to progress to the next phase as one of the three best second-placed teams. Modou Barrow struck from an assist by Han Kyo-won in the ninth minute as Jeonbuk took an early lead against Chiangrai, who needed to win the match to stay in contention for second place. But matters became complicated for them as goalkeeper Apirak Worawon, attempting a clearance, scored an own goal in the 20th minute allowing Jeonbuk to double their advantage. Chiangrai fell further behind in the 35th minute with Park Jin-Seong slotting home with a low shot from outside the penalty area after receiving a headed pass from Gustavo.

Jeonbuk took a healthy cushion into the second half but Chiangrai put up a gritty display to keep the former champions at bay. The Thais even managed to pull a goal back with Brazilian Rosimar Amancio, known simply as Bill, struck from the spot in the 68th minute after Park fouled Somkid Chamnarnsilp inside the box. But Jeonbuk re-asserted their supremacy by taking back control to ensure three points with their fourth win in five matches. Earlier, also in Group H, Singapore debutants Tampines Rovers suffered another hammering as Gamba Osaka’s Shuhei Kawasaki struck a hat-trick and Anderson Patric helped himself to a brace at the Milliy Stadium in Tashkent.

The Rovers were beaten 9-0 by Jeonbuk last week but although they had the satisfaction of scoring one goal against Gamba, their first of the tournament, that would have come as little consolation with 24 goals conceded in five matches so far. Elsewhere, South Korea’s Pohang Steelers snatched a last-gasp 1-1 draw against already-qualified Nagoya Grampus but will have to wait for the other matches to be completed to figure out if they make it as one of the three best-placed group runners-up. Ukrainian Borys Taschy rescued a point for the Steelers in the 88th minute after Naoki Maeda had given Nagoya a 51st-minute lead at the Rajamangala Stadium in Bangkok. The draw took Pohang’s tally in Group G to 11 points as they finished well behind Nagoya’s 16.

In another Group G match, Malaysia’s Darul Ta’zim and Thailand’s Ratchaburi played out a goalless draw to finish third and fourth respectively.