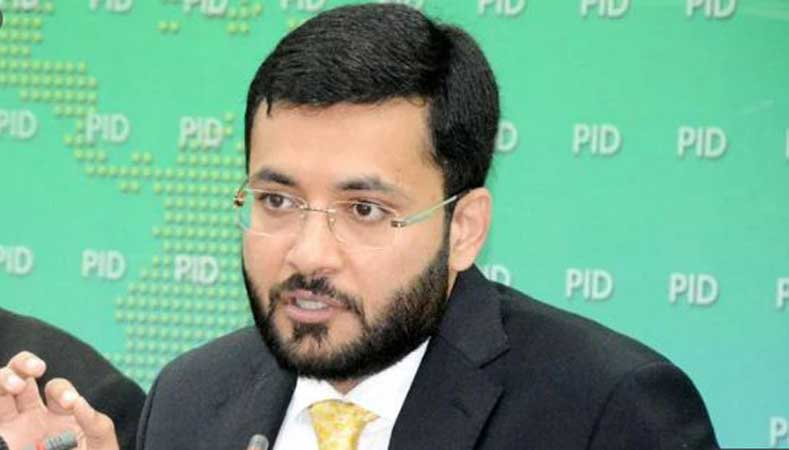 Minister of State for Information and Broadcasting Farrukh Habib on Wednesday said the poor policies of Pakistan Muslim League Nawaz (PML-N) had badly affected the taxtile sector in Faislabad which was the backbone of national economy.

Giving reaction to the statement of PML-N president Shehbaz Sharif, he said Faisalabad was poorly ignored during the tenure of PML-N, but Prime Minister Imran Khan after coming into power revived the industry there.

People associated with the sector had resumed their businesses by showing complete confidence in the policies of the Pakistan Tehreek-e-Insaf (PTI) government, he added.

The minister said power consumers would have to pay Rs 1500 billion in capacity charges till 2023 due to expensive electricity agreements signed by the PML-N (with Independent Power Producers (IPPs).

On the other hand, Farrukh said the PTI government had signed cheap accords with IPPs working on solar during last year to reduce electricity cost to Rs 6 per unit, he added.

Similarly, he said the federal government was constructing new dams for providing cheap electricity to the consumers. Farrukh said the prudent policies of Prime Minister Imran Khan put the country on a path of development and prosperity.

The minister said the government had decided in principle to launch ‘Kamyab Pakistan Program’ during the current month, under which over 4 million destitute would be lifted out of poverty. He said the government had allocated Rs 260 billion under ‘Ehsaas Program’ in Budget 2021-22 for poverty alleviation, besides providing relief to the low income people in the society.