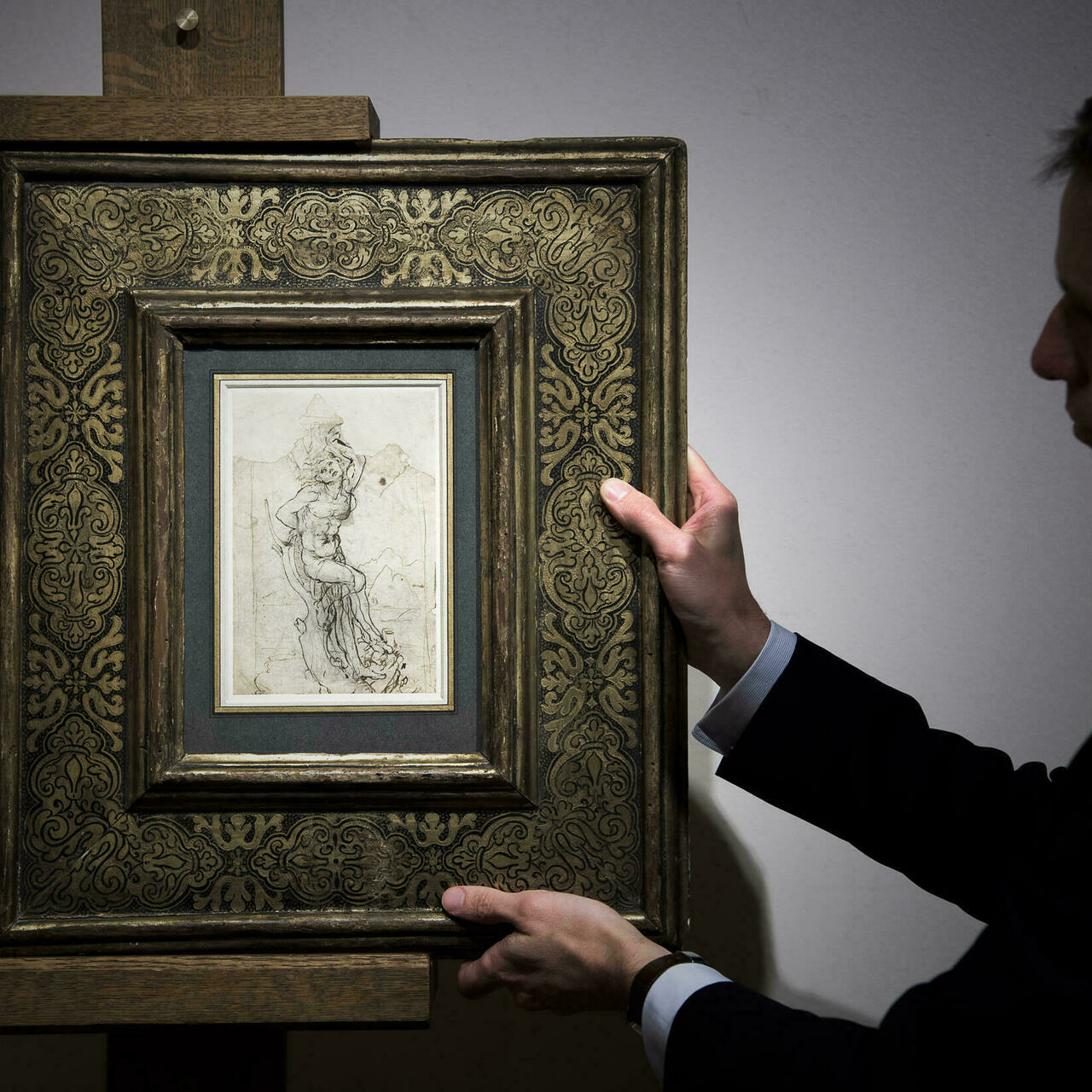 A small pen-and-ink drawing attributed to Leonardo da Vinci, which lay buried unrecognised in a box for decades, is at the centre of a battle between its owner and France’s culture ministry that will play out in a Paris court on Wednesday.

The court will begin hearing if the the drawing of a martyred Saint Sebastian lashed to a tree is allowed to leave France for eventual purchase by a foreign buyer.

The piece was among several drawings and engravings that Jean B., the owner, who is in his 80s and has asked not to be fully named, received as a gift from his father for passing his medical school exams in 1959.

Being more of a rock enthusiast than an art lover at the time, the young doctor put it aside and promptly forget about it for over half a century.

Stumbling across the box of drawings again during a move in 2016 he decided to give them to the Tajan auction house to have them valued.

If Jean B. thought he was lucky then, he was about to become far more fortunate.

Another expert, Patrick de Bayser, concluded that the two-sided drawing — the other side is inscribed with scientific studies of candle light  — was by none other than Leonardo, an opinion backed by a third specialist, Carmen Bambach of the Metropolitan Museum of Art in New York.

“The attribution of the St. Sebastian drawing to Leonardo is absolutely solid,” she told The New York Times, noting that it was complementary to other drawings of Saint Sebastian by the artist.

In an instant, the work’s estimated value rocketed, reaching between 8 and 12 million euros ($6.75 million-$10 million).

But it’s not every day that a new Leonardo turns up and the French government soon stepped in, designating the drawing a “national treasure” and giving itself 30 months to acquire it on behalf of the Louvre museum in Paris, home of the Mona Lisa.

An offer from the state duly followed — 10 million euros — but with a new valuation estimating the drawing at 15 million euros, Jean B. refused and the culture ministry threw in the towel.

But the affair did not end there.

Jean B. promptly applied for an export permit to be able to sell the drawing to a foreign buyer but the culture ministry refused, claiming that the drawing may in fact have been stolen.

On Wednesday, the retired doctor will ask a Paris court to order Culture Minister Roselyne Bachelot and a senior official in charge of art collections to allow the drawing to leave France.

– After the Salvator Mundi –

“A culture ministry worthy of its name would have ensured the French state acquire such a drawing,” he argued.

Meanwhile Jean B. has also fallen out with Tajan.

Saying he learned through the press of their plans to put the drawing up for auction without his consent he revoked their sale mandate.

Baratelli claimed that Tajan had been “intoxicated” by the prospect of a hefty commission after the sale of “Salvator Mundi” attributed to Leonardo which set a record for the most expensive painting ever sold at auction in 2017 when it was acquired by the Saudi royal family for $450 million at Christie’s.

Tajan, for its part, has sued the drawing’s owner for 2 million euros for breach of contract, asking that he compensate the auction house for all the work it has carried out on his behalf.