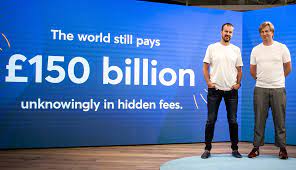 The global money transfer specialist launched at £8.0 per share under a so-called direct listing, which does not seek to raise capital but enables public trading. The operation is cheaper and said to be more transparent than a traditional initial public offering that involves issuing of new shares. The valuation later increased in initial trading with the group’s share price rising 3.2 percent to 825.20 pence. “The Wise listing will be another test for London as a fintech hub, as the UK grapples with its post-Brexit status in an era when it has struggled to attract fast growing companies looking to launch an IPO,” said Hargreaves Lansdown analyst Susannah Streeter. Wise, founded in 2011 as TransferWise, had previously been valued at $5.0 billion (4.2 billion euros).

The firm has six million customers and 2,400 employees worldwide. Speaking last month, chief executive Kristo Kaarmann said Wise was moving money around the world “faster, cheaper, easier and completely transparent”. He added that the direct listing allowed for “a cheaper and more transparent way to broaden” ownership of the group. Unlike many fintech companies that struggle to generate a profit, Wise has been profitable since 2017. The group has won customers during pandemic lockdowns as people sought alternative ways of transferring cash.

However the analyst Streeter sounded a note of caution as a result of threats from growing competition and volatile foreign exchange markets. “The company has rivals snapping at its heels in the revolutionary world of payments and to stay competitive it may be forced to cut fees faster than it can reduce costs,” she warned. “Excessive volatility in currency markets could also affect its profits,” the analyst added. Last month, Visa agreed to purchase Swedish financial technology firm Tink for 1.8 billion euros.