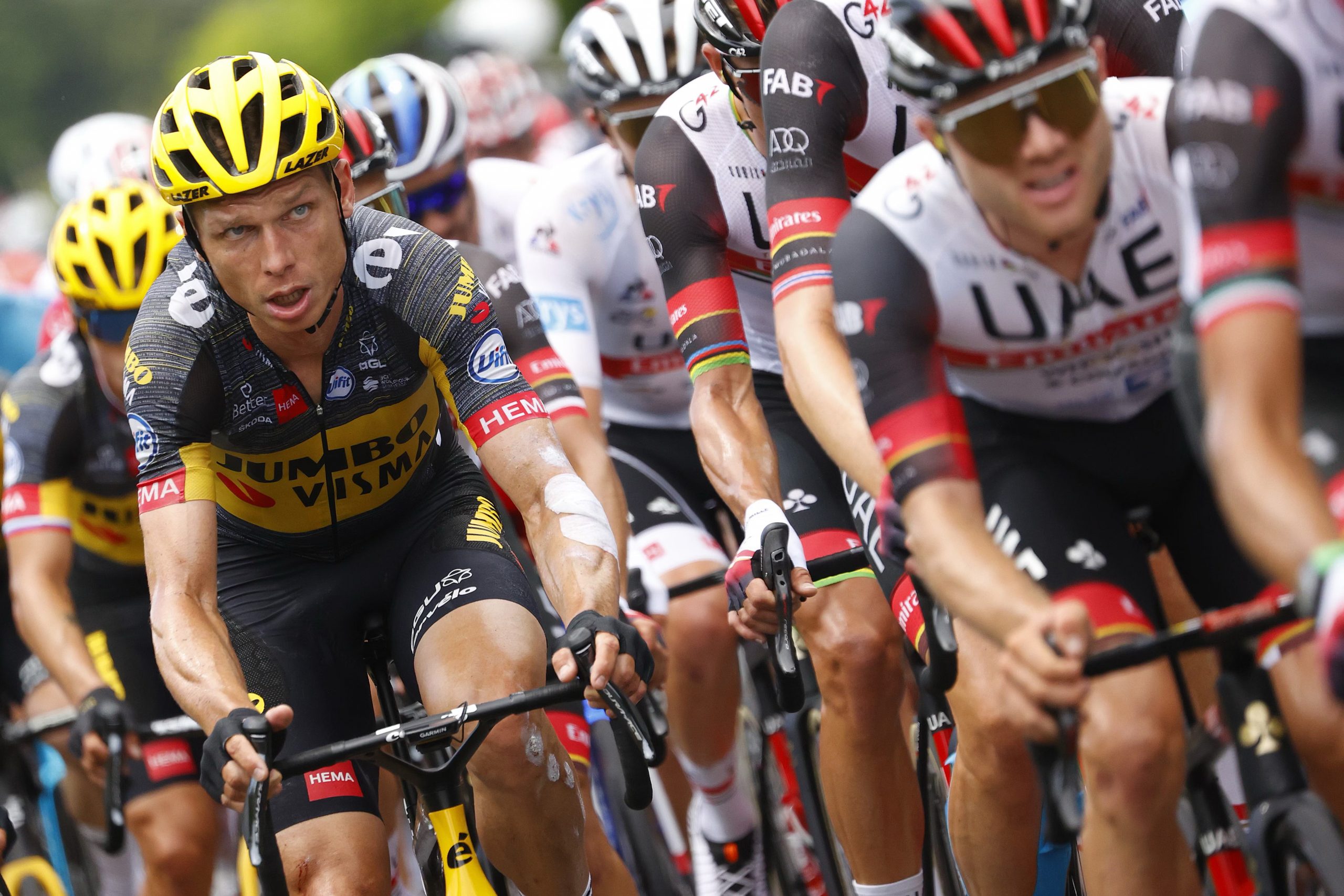 German rider Tony Martin exited the Tour de France by ambulance early on stage 11 on Wednesday after suffering face and leg injuries when tumbling into a deep roadside ditch, having been at the centre of a crash-marred opening day that saw a fan knock half the peloton down.

Martin was the rider who collided with a roadside fan brandishing a sign last week that caused a spectacular mass pile-up on stage one from the Atlantic port city of Brest. Wednesday’s stage saw the Jumbo rider fall into a ditch just outside the Provence town of Sorgues shortly after the departure for a double ascent of the Tour’s most famous climb, the Mont Ventoux. Martin was also hurt on stage 1 and was vocal in calls for the hapless roadside fan that day to be severely punished, not for causing the crash, but for failing to stick around and help. The woman held up a sign reading in French and German ‘Allez Opi Omi’ (Come on Grandad and and Grandma) and stepped out into the route of the oncoming peloton to flash her sign at motorbike mounted television cameras.

Her idea was to get on television, little knowing the images would be front page news the world over and that a manhunt would be launched by the police, and something of a witch hunt across social media.