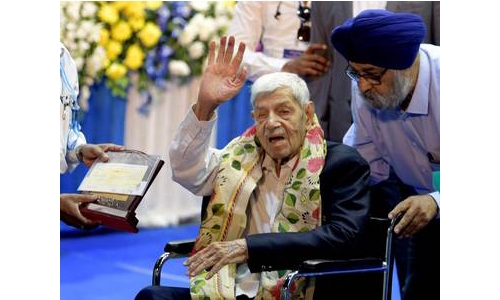 The centre halfback, born in Lahore, in what is now Pakistan, was part of India’s gold medal-winning team at the 1948 and 1952 Olympic Games in London and Helsinki. “Datt was part of India’s golden era in hockey,” Hockey India said in a statement. “He was a formidable halfback and was part of independent India’s historic feat at the 1948 Games where they beat home team Great Britain 4-0 in the final at the Wembley Stadium.” The Games were a showcase as they were the first after India’s independence in 1947, as well as the first after World War II. Datt, who moved to the eastern Indian city of Kolkata in West Bengal state in 1950, died from natural causes. West Bengal chief minister Mamata Banerjee called Datt one of hockey’s “true legends”.