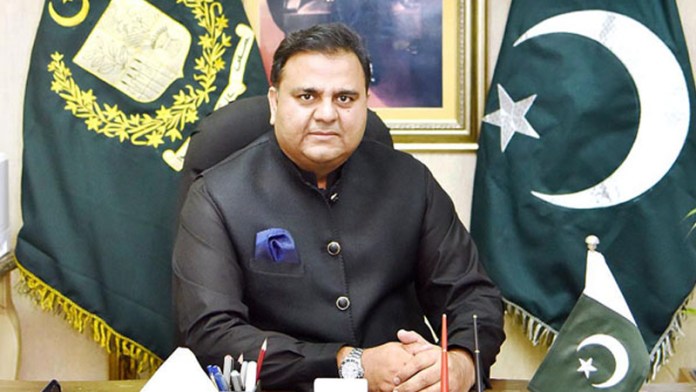 ISLAMABAD: Federal Minister for Information and Broadcasting Chaudhry Fawad Hussain on Wednesday said the economy had been put in the right direction during the three-years  of Pakistan Tehrik Insaf (PTI) government, which was definitely a landmark achievement.

Addressing a press conference along with Minister for Industries and Production Makhdoom Khusro Bakhtiar, he said the Prime Minister had the vision to ensure economic stability in the country and added the government prudent policies had started yielding positive results.

Fawad said a significant improvement in the agriculture and textile sector had been registered during the past two years and added a record production of 4 major crops of wheat, rice, maize, and sugarcane had been witnessed in the country.

The minister said that the current accounts deficit had been brought down to zero and prices of the daily use items had also witnessed downward trends.

He said that the latest good news for the people was the reduced prices of cars under the new auto policy and the initiative had been taken keeping in view problems of middle and lower-middle classes.

He pointed out that a special scheme was being launched for those who would purchase cars for the first time.

Responding to questions of media persons, he said that Finance Minister Shaukat Tareen had proceeded abroad for medical checkup and he would be back on Monday.

To a question about the Prime Minister’s offer of consultations to the opposition for electoral reforms, he said the government had put forward 49 points and it was awaiting the response from the PPP and PML-N on the issue.

He said that Prime Minister Imran Khan would address election rallies in Azad Kashmir as the chairman of Pakistan Tehrik-e-Insaf and added if chairman PTI, did not address public rallies, would the owners of media houses do the same.