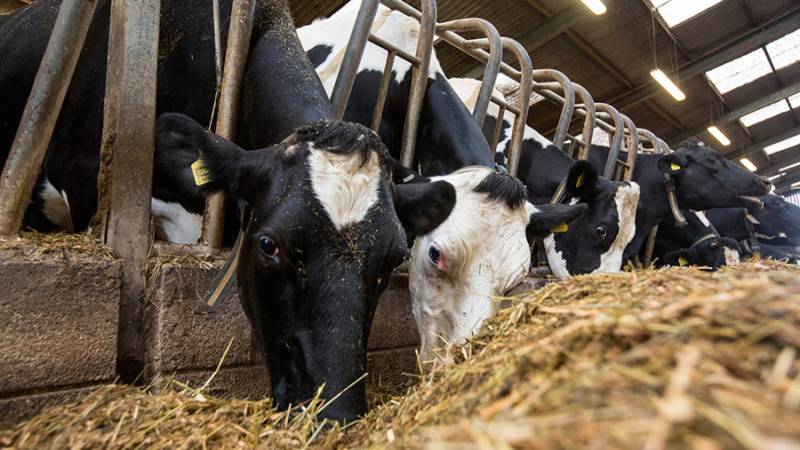 The Agriculture and Livestock Department (ALD) has planned a livestock genetic improvement program worth Rs 2.4 billion and community dairy development programs worth Rs1 billion for increasing milk and meat production in Khyber Pakhtunkhwa.

Dr Aftab Ahmed, Director Livestock and Dairy Development told APP on Tuesday that the project was included in the Annual Development Program (ADP 2020-2021) carrying a hefty allocation of Rs300 million.

The locally funded project titled ‘genetic improvement of non-descript indigenous cattle through cross- breeding with an exotic improved cattle breeds in KP’ would be launched with assistance of registered farmers on 50:50 each cost sharing basis, he added.

The registered farmers would be provided extensive professional training by livestock experts in its field stations, he said, adding livestock growers of merged areas would be largely benefited.

Under the PM’s Save the Calf Program, he said registration of buffalos’ male calves has been restarted under which about 3,80,000 calves in the country including 30,000 in KP would be fattened.

The Livestock Department is spending Rs1,243.215 million under PM Save the Calf Programme in KP started in line with the Prime Minister’s National Agriculture Emergency Programme (PM NAEP) worth over Rs 309.7 billion. Approved by the Executive Committee of the National Economic Council (ECNEC) on February 19, 2019, the project was extended to merged areas by the KP Government.

Calves aging from 9 to 15 months would be fattened through proper feed by the registered farmers, who would be provided Rs6,500 besides free vaccine, medicines and milk for calves feeding.

Similarly, work on Feedlot Fattening Programme worth Rs 743.373 million under the PM NAEP has been expedited benefiting farmers of KP viz a viz merged tribal districts.

Community dairy and meat development programs amounting to Rs1,000 million were also planned to bolster dairy and milk production, he said, adding Rs100 million allocated for it during the current fiscal year.

Under the National Programme for construction, rehabilitation and improvement of watercourses in the country including KP worth Rs 9.146 billion under PM NAEP, the official said Rs834,862 million would be spent in the current fiscal year to achieve the target.

Similarly, Rs 1.421 billion are being spent on increasing the command area of small and mini dams in rainy areas under KP Government share with allocation of Rs270 million for current financial year.

Mega projects related to livestock, fisheries and food security programs are being launched besides provision of assistance to farmers under Kisan Cards expected to be issued to farmers next month under the Under Agriculture Transformation Plan (ATP). Under this initiative, 150 moisture meters would be installed to ascertain the level of moisture in lands in KP aimed at bringing maximum areas under agriculture cover.

He said a comprehensive survey for documentation of livestock, cattle and poultry birds has been started for robust implementation of future strategies, programs and projects under the new Livestock Policy 2018-28.

Under door-to-door survey, he said documentation of all livestock including buffaloes, cows, goats, sheep, oxen, hens, camels and other cattle was in advanced stage and its data would be shared with concerned authorities for implementation of future projects and policies.