Government, opposition and armed forces are on a single page over Afghan issue, says Sheikh Rasheed 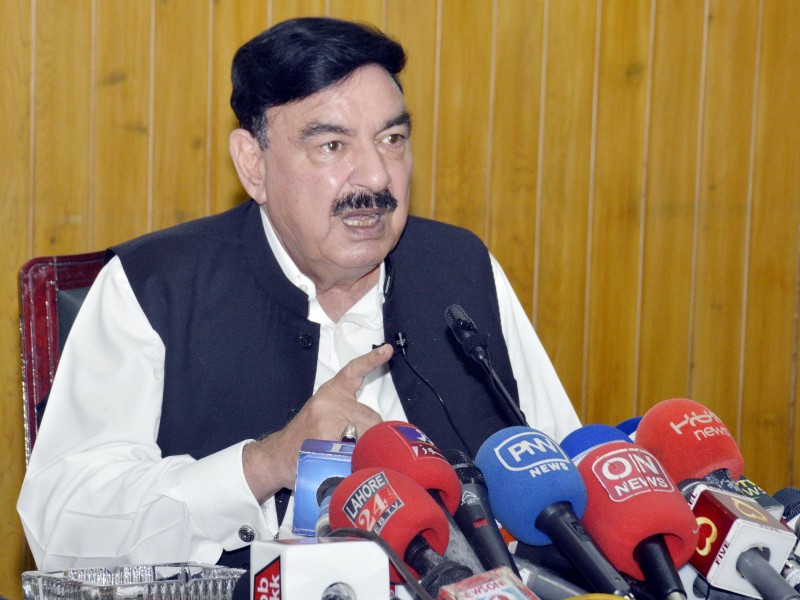 ISLAMABAD: Interior Minister Sheikh Rasheed Ahmed on Monday said that the opposition, government and armed forces are on a single page over the Afghanistan issue.

Pakistan will accept whatever decision Afghanistan takes for the betterment of their country, the interior minister said while addressing a press conference and added that Pakistan’s peace is linked to the peace in the neighbouring country.

Sheikh Rasheed Ahmed said the situation in Afghanistan now would not be similar to that in the 90s and Pakistan’s armed forces are ready to fulfill their national responsibilities.

He once again reiterated that the Indian agency RAW was behind the blast in Johar Town area of Lahore, a day after Moeed Yusuf while addressing the presser said that the Lahore blast was sponsored by India and the person who managed the entire act was linked to RAW.

“The mastermind of the Johar Town blast belongs to RAW,” the NSA said adding that India is involved in terrorist acts against the country.

Inspector General of Police (IG) Punjab Inam Ghani also shared the findings of the investigations from suspects involved in the act, including the call and bank records of their handlers operating from abroad.

Further responding to a query, Interior Minister Sheikh Rasheed said that the issue of a ban on TLP would be discussed in the next federal cabinet meeting.