Protest in Quetta against the removal of nurses 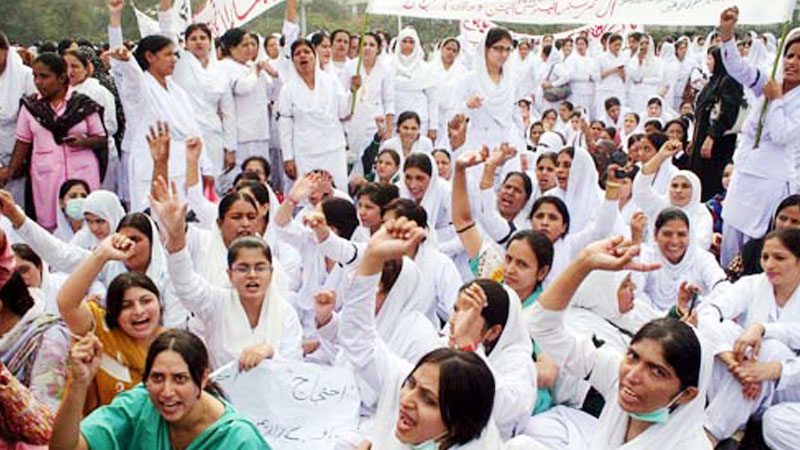 QUETTA: Nurses at Quetta’s Civil Hospital protested against their services being terminated on Monday.

Malik Aziz Kakar, President of the Young Nurses Association, told the media that 260 of his colleagues, who had been hired on a six-year contract, had been fired despite performing their duties even during the coronavirus pandemic.

He claimed that hundreds of nurses from all over Balochistan had not been paid in the last six months.

He complained that the employee contracts had been renewed every year, but this year they had been abruptly dismissed.

According to Kakar, senior nurses were fired as well.

Towards the end, he demanded renewal of nurses’ contracts.