Most Asian markets rise after healthy US jobs report 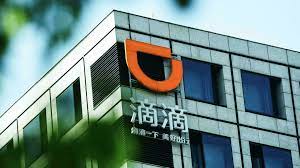 Asian markets mostly rose Monday following another Wall Street record sparked by a blockbuster US jobs report that reaffirmed the country’s recovery was on track, while oil prices ticked higher as top producers struggled to reach a deal on lifting output.

All three main indexes in New York finished last week at a fresh peak in reaction to data showing far more people than expected were employed last month in the United States, as the world’s top economy raced out of last year’s pandemic-induced recession. The Labor Department report was seen as providing the best of both worlds for investors as it also showed the unemployment rate ticking up slightly, tempering worries that the Federal Reserve will have to rein in its ultra-loose monetary policy sooner to prevent the economy from overheating. “Overall, the level of payrolls is still 6.8 million below pre-pandemic February 2020 levels and is still below the level of substantial progress needed by the Fed,” said National Australia Bank’s Tapas Strickland. “As such there is nothing in this report for the Fed to become hawkish about.” The healthy advances on Wall Street provided Asian traders with a platform, and most markets extended the rally.

Shanghai, Sydney, Seoul, Taipei, Singapore, Wellington, Manila and Mumbai all rose. But Hong Kong fell, with tech firms taking a hit again after China at the weekend ordered ride-hailing giant Didi to be removed from app stores, citing “serious violations” of data collection regulations. The move — which came just days after the firm’s US market debut following a $4.4 billion initial public offering — is the latest in China’s crackdown on the tech sector as authorities grow concerned about its increasing influence on consumers. Tencent fell 3.6 percent in Hong Kong while Alibaba shed close to three percent. SoftBank, a major investor in Didi, tanked more than five percent in Tokyo, where the Nikkei also finished in negative territory. London, Paris and Frankfurt edged down in early trade.

Still, the general feeling is that equities are on course for more gains this year as central banks maintain their accommodative policies and governments push out stimulus measures. That, along with the rollout of vaccines, is helping offset concerns about rising cases of the more transmissible Delta coronavirus variant. “Markets are priced for the continuation of a scenario that could not be better constructed,” said Chris Iggo from AXA Investment Managers. “Investors are living with risks that are seen to be manageable while growth and the technical set-up of our financial system is rewarding capital allocated to risk.” Traders are now awaiting the release this week of the minutes of the Fed’s most recent policy meeting, hoping for an indication about its plans for tightening in light of the strong recovery. Oil markets edged up slightly as the United Arab Emirates battled with OPEC and other producers over the rate and time of lifting output. Officials have laboured for days over an agreement to pump more as demand picks up with the global recovery and supplies shrink, with fears that failure to find common ground could send prices soaring. Prices remain around levels not seen since 2018.