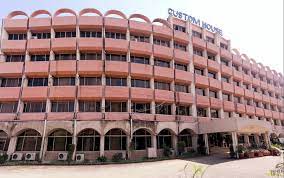 Model Collectorate of Customs (MCC) Peshawar has surpassed the assigned target of Customs Duty by a huge ratio of 102.6% during the financial year 2020-21.

According to a press release issued here on Friday, in addition to regular/routine collection of duty/taxes, the Collectorate devised an effective strategy and especially focused on areas to enhance revenue through administrative measures like recoveries, valuation and PRVs besides taking concrete steps towards facilitation of trade and ease of doing Customs business. The measures worked very well and enabled the Collectorate to achieve assigned targets in all areas.

The Collectorate has collected Rs12 billion as customs duty against the assigned target of Rs.5.9 billion. Thus, it not only achieved the assigned target, but surpassed the collection of customs duty by Rs.6.7 billion, which is around 102.9% higher than the target.
Similarly, within the category of other taxes, the Collectorate has collected an amount of Rs.13.65 billion under the head of Sales Tax whereas Rs.4.85 billion was collected as Income Tax for the FY 2020-21.

The Collectorate has also operationalised a new Customs Station at Angoor Adda from September 30, 2020. The measures boosted up exports to Afghanistan from the southern region of the collectorate. In the first seven months since operationalization of the Customs Station at Angoor Adda, goods worth US$ 23.75 million have been exported to Afghanistan through this station.

It is worth mentioning here that before the opening of this route not a single US$ export had even been made to Afghanistan from through this route. Furthermore, Rs.765 million had been collected as duty/taxes since operationalization of Customs Station Angoor Adda in the said period as against yearly collection of Rs.444 million from Customs Station Tank.

The Collectorate has also recovered arrears amounting to Rs.31.70 million against the target of Rs.16.90 million during FY 2020-21 while Rs.4.7 million were recovered as a result of PRVs. Similarly, as a result of strengthening of enforcement measures in assessment and examination of goods, the declared values of goods during last financial year has been enhanced to Rs.13.67 billion against Rs.4.97 billion of the corresponding period of 2019-20.

Meanwhile, President Frontier Customs Agents Association, Zia-ul-Haq Sarhadi has congratulated Collector Customs Appraisement, Mohammad Saleem and his team over surpassing the assigned target of customs/duty collection by 102% and attributed it to the team work and efforts of all officers of the Collectorate.