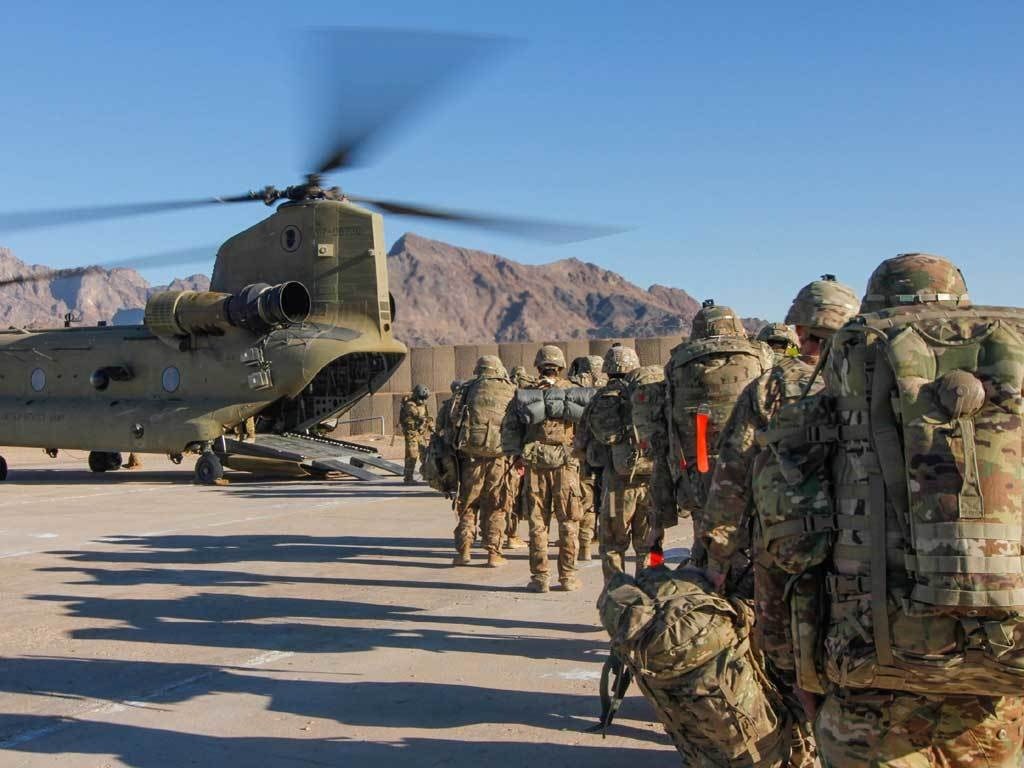 All US and NATO troops have left the biggest air base in Afghanistan, a US defence official told AFP Friday, signalling the complete withdrawal of foreign forces from the country was imminent after two decades of war.

Bagram Air Base served as the linchpin for US-led operations in the rugged country, where the long war against the Taliban and their Al-Qaeda allies started in 2001 following the September 11 attacks.

“All coalition forces are off Bagram,” said the official — who asked not to be identified — without specifying when the last foreign troops left the base, 50 kilometres (30 miles) north of the capital Kabul.

He did not say when it would be officially handed over to Afghan forces, but ministry of defence spokesman Rohullah Ahmadzai said government authorities were “fully prepared” to take over the base.

The Taliban said it welcomed and supported the latest phase of the troop pullout.

“Their full withdrawal will pave the way for Afghans to decide about their future between themselves,” spokesman Zabihullah Mujahid said.

The US military and NATO are in the final stages of winding up involvement in Afghanistan, bringing home an unspecified number of remaining troops by a deadline of September 11.

The Taliban have launched relentless offensives across Afghanistan in the past two months, gobbling up dozens of districts as Afghan security forces have largely consolidated their power in the country’s major urban areas.

The ability of Afghan forces to maintain control of Bagram airfield will likely prove pivotal to maintaining security in Kabul and keeping pressure on the Taliban.

The exit of foreign forces from Bagram base “symbolises that Afghanistan is alone, abandoned, and left to defend itself against the Taliban’s onslaught”, said Australia-based Afghanistan expert Nishank Motwani.

“Having reached home, Americans and allied forces will now watch what they fought so hard to build over 20 years burn down from afar and knowing that the Afghan men and women they fought with risk losing everything.”

Media reports say the Pentagon will probably retain about 600 US troops in Afghanistan to guard the vast US diplomatic compound in Kabul.

Residents from Bagram said security will only deteriorate with the exit of foreign forces.

“The situation is already chaotic… there is a lot of insecurity and the government does not have (enough) weapons and equipment,” Matiullah, who owns a footwear shop in Bagram bazaar, told AFP.

“Since they started the withdrawal, the situation has got worse. There is no work… there is no business,” said Fazal Karim, a bicycle mechanic.

Over the years the mini-city has been visited by hundreds of thousands of US and NATO service members and contractors.

At one point it boasted swimming pools, cinemas and spas — and even a boardwalk featuring fast-food outlets such as Burger King and Pizza Hut.

The base also housed a prison that held thousands of Taliban and jihadist inmates.

Bagram was built by the United States for its Afghan ally during the Cold War in the 1950s as a bulwark against the Soviet Union in the north.

Ironically, it became the staging point for the Soviet invasion of the country in 1979, and the Red Army expanded it significantly during its near-decade-long occupation.

When Moscow pulled out, Bagram became central to the raging civil war — it was reported that at one point the Taliban controlled one end of the three-kilometre (two-mile) runway and the opposition Northern Alliance the other.

In recent months, Bagram has come under rocket barrages claimed by the jihadist Islamic State, stirring fears that militants are already eyeing the base for future attacks.

So far Germany and Italy have both confirmed the full withdrawal of their contingents.

The Taliban Friday said they “welcome and support” the exit of all US and NATO forces from Afghanistan’s Bagram Air Base, a sign of an imminent final withdrawal of foreign troops from the country.

“Their full withdrawal (from Afghanistan) will pave the way for Afghans to decide about their future between themselves,” Taliban spokesman Zabihullah Mujahid told AFP.

The US military has officially handed over Bagram Air Base, a spokesman for Afghanistan’s defence ministry said Friday, after the last foreign forces left the sprawling complex as part of their withdrawal from the country.

“The American and coalition forces have completely withdrawn from the base and henceforth the Afghan army forces will protect it and use it to combat terrorism,” defence ministry spokesman Fawad Aman said on Twitter.