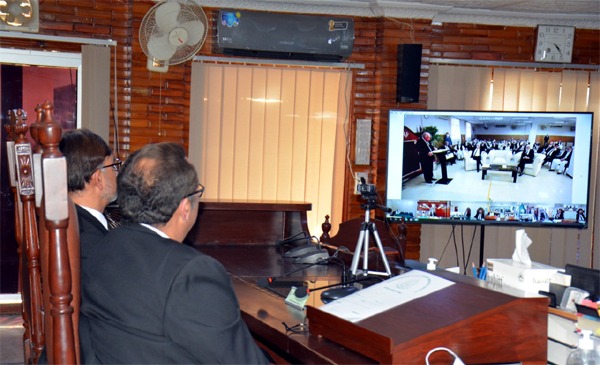 Addressing the function, the Chief Justice said that the virtual court system was a revolutionary step towards reforming the judiciary of the province and it would yield far-reaching results.

“This system will be of great benefit not only to the lawyers but also to the People, thanks to the system, speedy trial of cases will be possible and travel length issues will be reduced. The Peshawar High Court is the first High Court in Pakistan under which a virtual court system has been introduced in all High Court benches and lower courts.” He added

The ceremony held at the Mingora Bench was also attended by current and former presidents of the bar, law officers, district police officers, and cabinet members of the bar association and expressed great joy at the launch of the virtual court system.