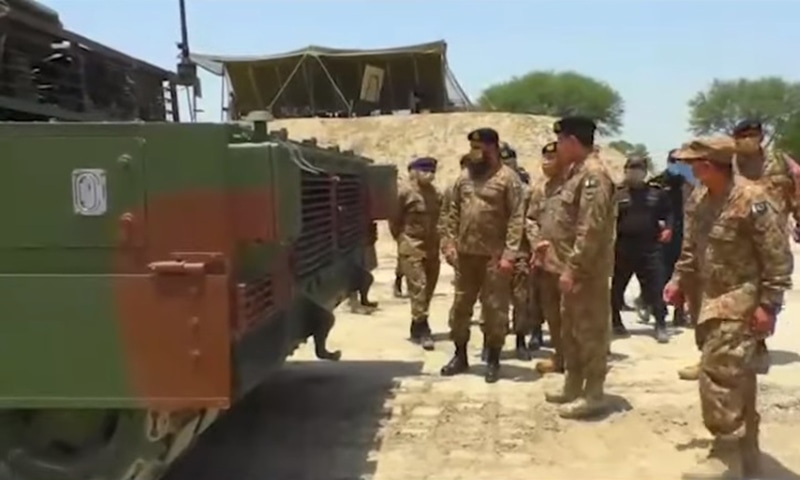 The Pakistan Army has inducted the first batch of the state-of-the-art VT-4 tanks, according to the military’s media affairs wing.

Maj Gen Rashid Mahmood briefed the commander about ongoing post-shipment inspections of the first batch of tanks, the statement said.

Lt Gen Mehmood also witnessed the mobility and maneuverability test of the tanks and appreciated the efforts undertaken for the smooth conduct of the induction process.

Pakistan is the third country to have bought these tanks from China after Thailand and Nigeria.

Last year in September, the Pakistan Army had held a demonstration of the tank at the Tilla field firing ranges near Jhelum following its induction into the Armoured Corps. The demonstration was witnessed by Chief of Army Staff (COAS) Gen Qamar Javed Bajwa.

In a statement at the time, the ISPR had said the tank would be employed in an offensive role by strike formations after induction.

“The VT-4 is compatible with any modern tank in the world integrating advanced armour protection, maneuverability, fire power capabilities and state-of-the-art technology,” the statement had said.