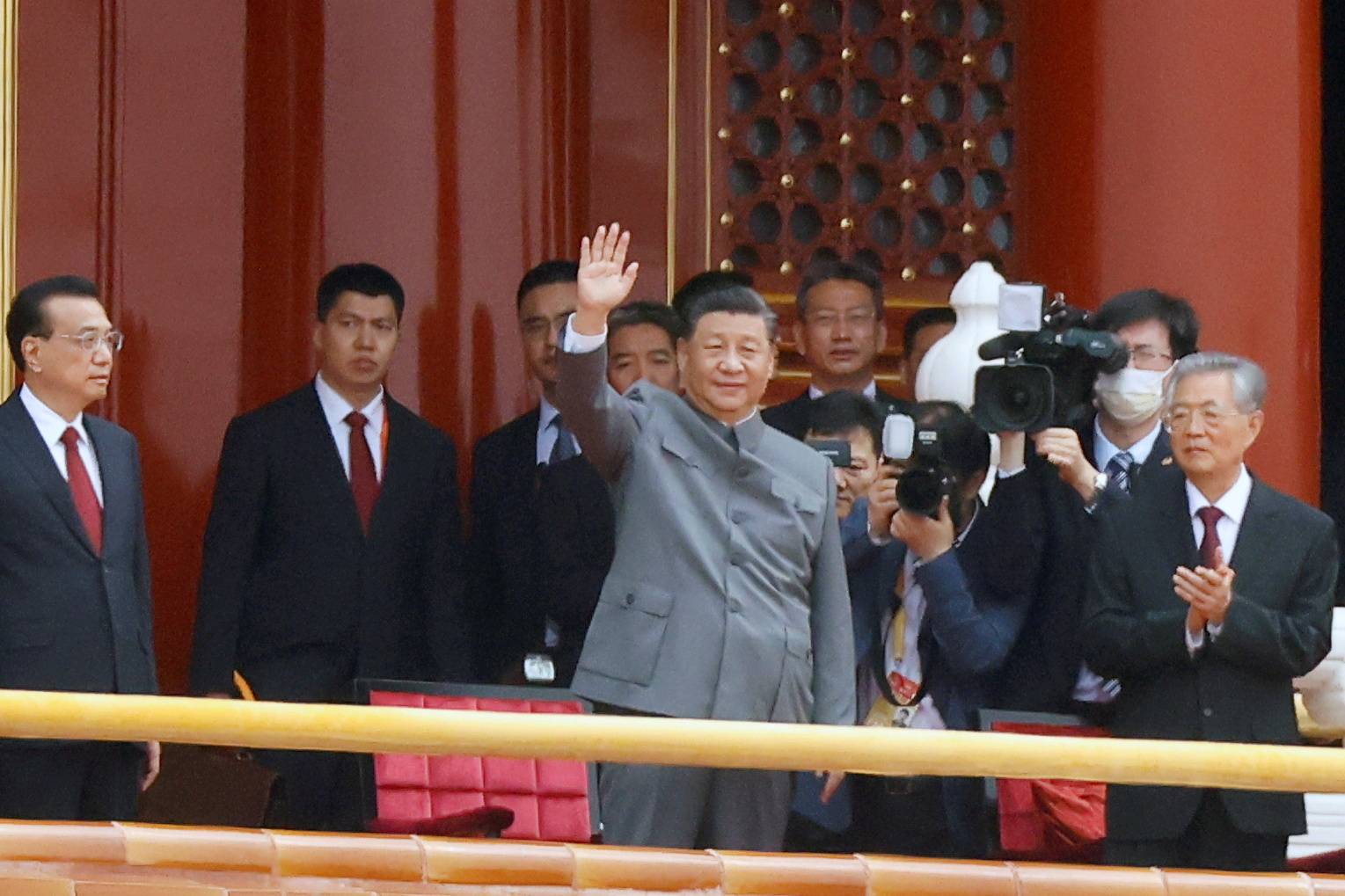 President Xi Jinping hailed China’s “irreversible” course from colonial humiliation to great-power status at the centenary celebrations for the Chinese Communist Party on Thursday, in a speech reaching deep into history to remind patriots at home and rivals abroad of his nation’s ascendancy.

Speaking above the giant portrait of Mao Zedong which dominates Tiananmen Square, from the podium where the famous chairman proclaimed the People’s Republic of China in 1949, Xi said the “era of China being bullied is gone forever”, praising the party for raising incomes and restoring national pride. Drawing a line from the subjugation of the Opium Wars to the struggle to establish a socialist revolution in China, Xi said the party had brought about “national rejuvenation” lifting tens of millions from poverty and “altered the landscape of world development”.

Xi, wearing a Mao-style jacket, added that the “great rejuvenation of the Chinese nation has entered an irreversible historical course” and vowed to continue to build a “world-class” military to defend national interests. “The Chinese people will never allow any foreign forces to bully, oppress, or enslave us,” Xi said in his speech, to great applause. “Whoever wants to do so will face bloodshed in front of a Great Wall of steel built by more than 1.4 billion Chinese people.” On Taiwan, Xi was unflinching as he called for the “complete reunification of the motherland”. “All sons and daughters of China, including compatriots on both sides of the strait, must work together and move forward in solidarity, and resolutely crush any ‘Taiwan independence’ plots,” he said.

In the summer of 1921 Mao and a clutch of Marxist-Leninist thinkers in Shanghai founded the Communist Party, which has since morphed into one of the world’s most powerful political organisations. It now counts around 95 million members, garnered over a century of war, famine and turmoil, and more recently a surge to superpower status butting up against Western rivals, led by the United States. In a ceremony of pomp and patriotism, thousands of singers, backed by a marching band, belted out stirring choruses including “Without the Communist Party there would be no New China” as maskless invitees cheered and waved flags in a packed Tiananmen Square. A fly-by of helicopters in formation spelling ‘100’ — a giant hammer and sickle flag trailing — and a 100-gun salute followed, while young communists in unison pledged allegiance to the party.

Xi has presented a defiant face to overseas rivals, revving up nationalist sentiment. And the party has pivoted to new challenges; using tech to renew its appeal to younger generations — 12.55 million members are now aged 30 or younger — while giving a communist finish to a consumer economy decorated by billionaire entrepreneurs.

On Beijing’s streets, there was praise for the party. A man surnamed Wang, 42, said: “When I was a child there was a blackout for one hour every night and electricity shortages.” “Now the streets are full of light. Food, clothes, education, traffic are all better.” While the president did not mention himself in the speech, “it is quite clear that much of the credit for China’s success belongs to Xi”, said Willie Lam, China analyst at the Chinese University of Hong Kong.

In its 100th year, the party has delivered history through films, “red tourism” campaigns and books. It has drawn attention to China’s rebound from Covid-19, which first emerged in the central city of Wuhan but has been virtually extinguished inside the country.