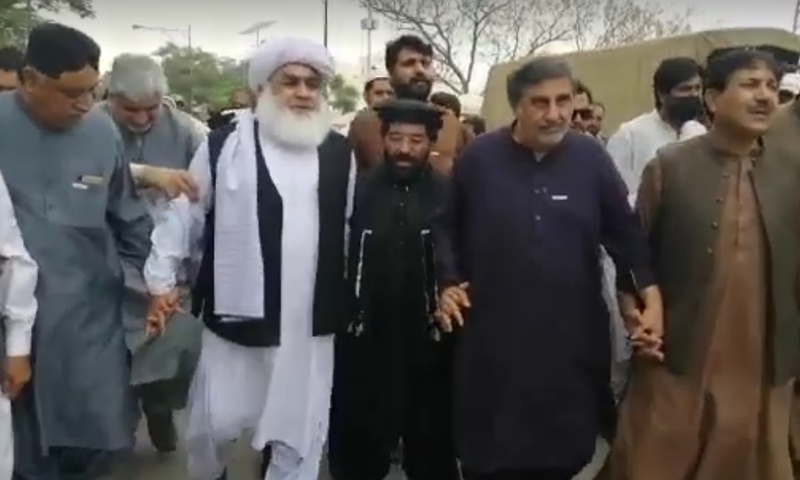 As per details, a notification regarding withdrawal of the case has also been issued.

On June 18, the legislators belonging to opposition parties held a sit-in outside the Balochistan Assembly‘s building in a bid to stop the provincial finance minister from presenting the budget.

The atmosphere turned tense after the opposition’s lawyers stopped the assistant commissioner from entering the provincial assembly. They started throwing flowerpots and stones at security officials and government lawmakers.

Clashes erupted between the police and the opposition lawmaker when Balochistan Chief Minister Jam Kamal Khan arrived at the assembly. The opposition MPA’s were of the view that they will not let the budget session be held.

The opposition legislators offered their arrest to the Bijli Road police but the latter refused to take them into custody without an investigation into the incident and proof of allegations made in the FIR.

Although a notification has been issued and the FIR has been withdrawn, the opposition members have refused to leave the Bijli Ghar police station until a formal notification is sent.

It was the 11th day on Thursday that Balochistan Assembly opposition members were not leaving the Bijli Ghar police station in Quetta. They have assembled there to court their arrests after the Balochistan government lodged an FIR against them for creating ruckus in the provincial assembly on the eve of budget presentation in the provincial assembly.

According to the SSP investigation, the names of opposition members had been taken off from the FIR but the opposition MPs insisted that they would leave the police station after a notification from the government.

Balochistan Chief Minister Jamal Khan Kamal claimed that his government had withdrawn FIR against the opposition lawmakers. He was of the view that the opposition was divided itself. He said one group wanted to end its sit-in at the police station while the other group refused to budge.

He advised the opposition to come out of the police station precincts and resolve issues on the floor of the assembly for which they had been voted.