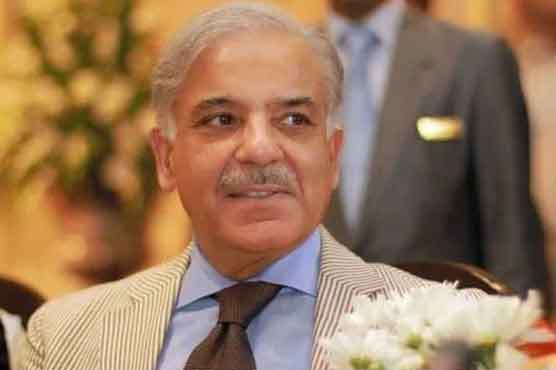 PML-N President and leader of the Opposition in the National Assembly Muhammad Shehbaz Sharif has congratulated President and General Secretary Xi Jinping, and the Central Committee of the Communist Party of China (CPC) on the 100th anniversary of the founding of the party.

In a statement here, Shehbaz Sharif said that the centenary of CPC is certainly a momentous occasion for the Chinese people as well as the friends of China around the world. He said the achievements of the CPC over the last century are indeed historic.

Shehbaz Sharif said that CPC has shown dynamism, vision and creativity to rise to the challenges of every age, be it the liberation struggle; consolidation of power; national reconstruction on the basis of the principle of ‘self-reliance’, the opening-up and economic reforms; anti-corruption drive; introduction of market economy with Chinese characteristics; Belt and Road Initiative; eradication of poverty and the projection of an assertive and confident China on the world stage.

The PMLN President said that CPC has given China a strong identity, a resolute sense of purpose and transformed the once slumbering giant into a global, economic, military and strategic power.

The PMLN-leader said the development model pursued by CPC has ‘Chinese characteristics’ at its core. He said patriotism, hard work, complete faith, trust and confidence in the CPC leadership is the driving force behind China’s economic miracle. A sense of participation in the national development has been a permanent feature of CPC’s pro-people policies, he said.

Shehbaz Sharif said that fundamental tenet of CPC is to serve people of all nationalities wholeheartedly. CPC leadership at every level is always close to masses; hence enjoys their trust and confidence. He said effective and swift handling of natural disasters such as floods, earthquakes and most recently Covid-19 further enhanced the confidence of the people in the party and its leadership.

Shehbaz Sharif said that China’s development model spearheaded by CPC and General Secretary Xi Jinping is premised on forming win-win partnerships and creating a community of shared interests. The world will move forward only when it heeds the essence of this message.

He said the rising inequality between global North and Global South can be bridged only when the international community can learn to privilege cooperation over confrontation and share the dividends of economic growth with the rest of the world.

PMLN-N President said that the key to success of CPC is flexibility of its policies with the sole objective of making the country strong and prosperous, ensuring the wellbeing of its citizens, and playing an active and due role for global peace and development. CPC and its governing policies are a role model for the world to follow.

“In a world facing multiple challenges and torn by strife, the peaceful rise of China led by the CPC is a source of stability and rationality in the world,” he added.