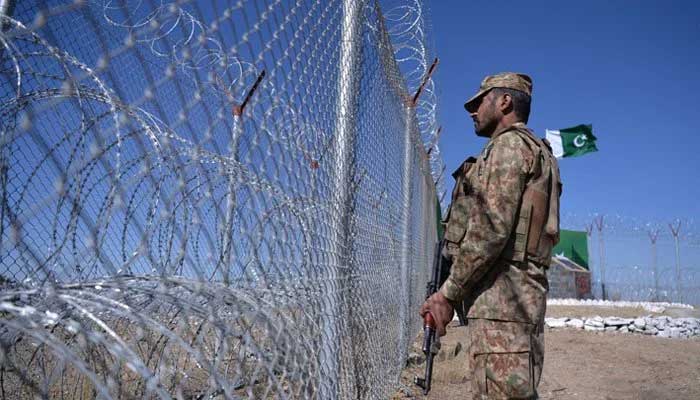 Two soldiers of the Pakistan Army were martyred in a cross-border attack by Afghan militants on Wednesday, the ISPR stated.

The military’s media wing said terrorists on the Afghan side of the Pak-Afghan border opened fire on a check post in Dwatoi area. It added that the troops replied in a befitting manner.

“Pakistan has consistently been asking Afghanistan to ensure effective border control on their side,” it said.

“Pakistan strongly condemns the continuous use of Afghan soil for terrorist activities against Pakistan.”

Governor Khyber Pakhtunkhwa, Shah Farman has condemned the incident in which two security personnel were killed by cross border firing of terrorists on a check post in North Waziristan.

In a message issued here Wednesday, KP Governor prayed to rest departed souls of security personnel in eternal peace and granting courage to bereaved family members to bear the loss with courage.

He also expressed concern over the cross border firing by terrorists and said that it is the responsibility of Afghan government to stop such incidents.