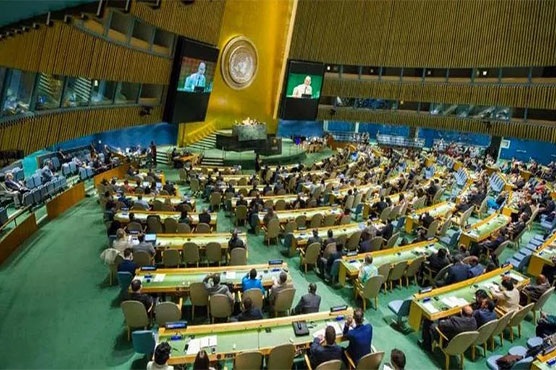 The 193 member states of the United Nations reached an agreement on Tuesday over the budget for peacekeeping operations, avoiding an imminent shutdown of missions, according to diplomatic sources.

A draft resolution was adopted by the committee of the UN General Assembly which deals with financial affairs. The approved budget is estimated at $6.5 billion and covers 12 months from July 2021, according to the sources. The amount is roughly the same as last year. “All requests from all delegations were simultaneously dropped, allowing for adoption of a resolution,” said a diplomat on condition of anonymity.

The UN General Assembly will formally approve the resolution on Wednesday, allowing missions deployed around the world with around 100,000 peacekeepers to continue. “We will now have the necessary spending authority from July 1 without any operational shutdowns, which is good news,” said UN spokesman Stephane Dujarric. “Curtailment of operations would have limited the ability of the missions to implement their mandates, including for example supporting countries in Covid response, protection of civilians, and other critical missions activities.”

According to diplomats, China — the second largest financial contributor with up to 15 percent, behind the United States on 25 percent — and African countries were among those behind the impasse. One diplomat said China sought control over even small areas of the budget. The Chinese mission to the UN defended itself, saying “as a responsible country, China always plays a constructive role and promotes the progress of the committee at its final phase.”

The European Union criticized the earlier lack of consensus. “Our chronic inability to respect deadlines puts the entire peacekeeping architecture in unprecedented jeopardy,” EU diplomat Thibault Camelli said. “We hope to resume… more constructive approaches.” The annual peacekeeping budget is separate from the main UN operations budget of more than $3 billion. That budget mandate runs from January to December and also often ends up the subject of complex negotiations.