Anti-encroachment drive affectees to be allotted plots by Sindh government 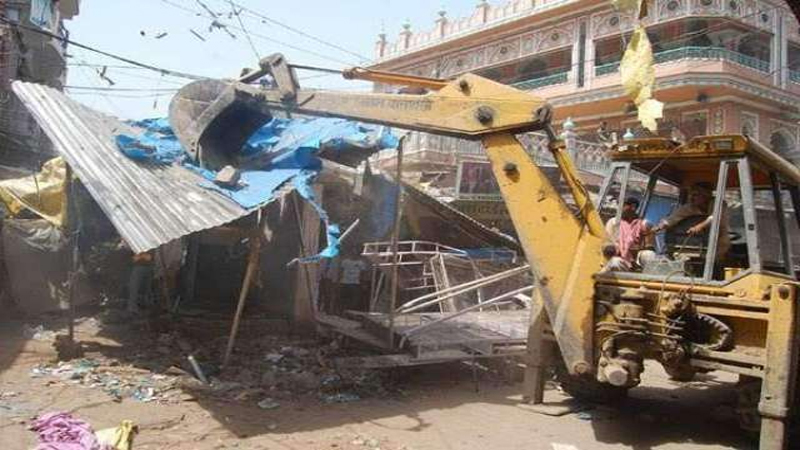 KARACHI: The Sindh government has decided to allot alternate plots to the number of people affected by the ongoing anti encroachment drive, along with Karachi’s drains including Gujjar nullah.

The Adviser to the Sindh Chief Minister on Law and Environment Barrister Murtaza Wahab, has finalized a draft for the formation of the commission, which has been sent to the chief minister for approval.

According to the commission, the affected people of the anti-encroachment drive round the Gujjar, Orangi and other nullahs, will be allotted 80-yard plots.

The affectees of Nasla Tower are also being considered.

The United Nations High Commissioner for Human Rights has expressed his concerns over the eviction of people living along Gujjar and Orangi nullahs in Karachi.

“These actions were undertaken by city authorities without adequate consultation with the affected residents, no relocation plan, and disparate and insufficient compensation for the displaced,”

Experts have narrated that around 96,000 people will be affected by the demolition of 12,000 houses along the Karachi nullahs.

They have expressed concerns over the Supreme Court’s dismissal of stay orders issued by the Anti-Encroachment tribunals.

“In the wake of this decision, there are worrying reports that demolitions are underway again in Gujjar and Orangi nullahs, causing continuing stress and anxiety to residents,”

The Anti-Encroachment tribunals have saved some houses from demolition.