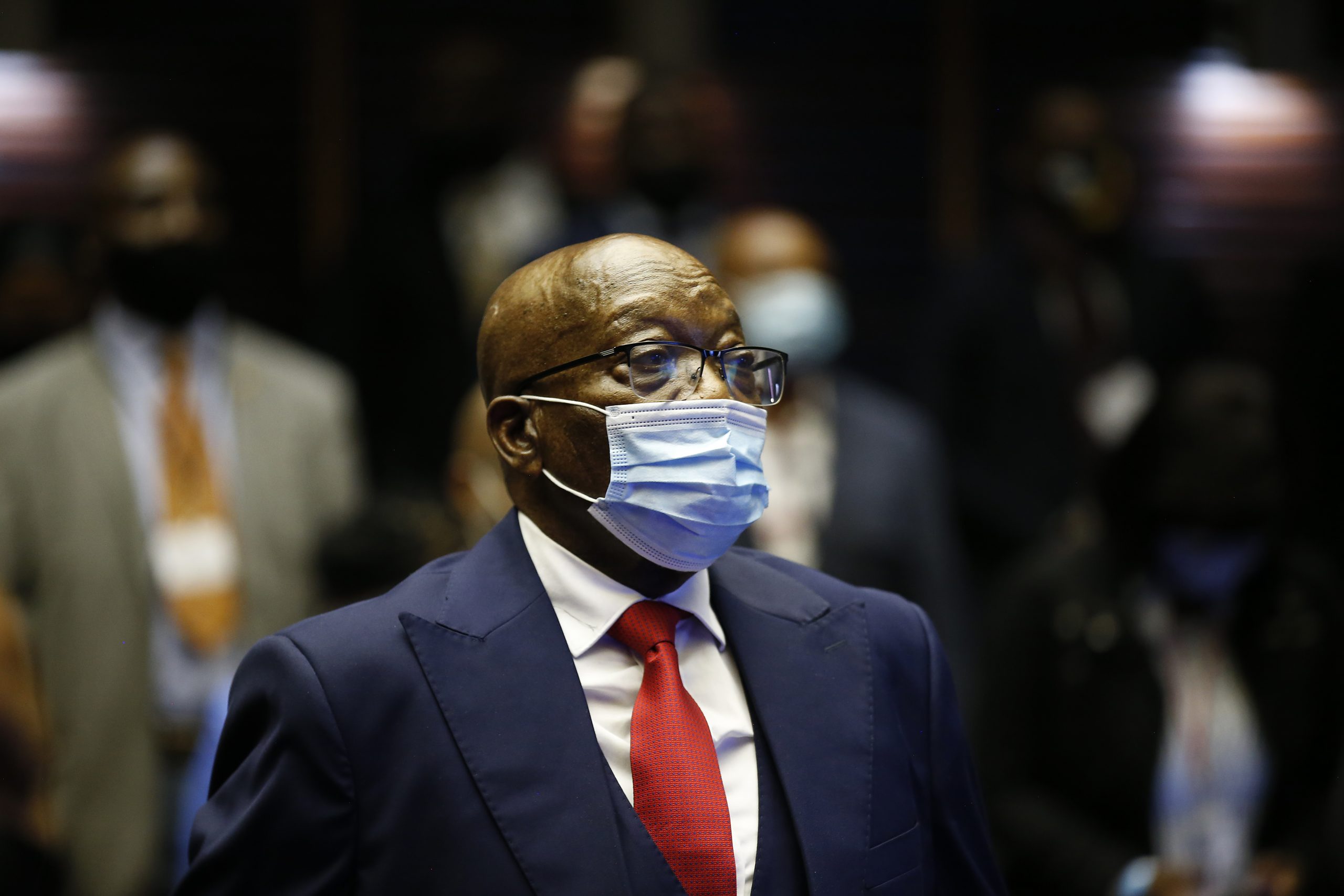 In a historic ruling, South Africa’s top court on Tuesday handed the country’s former president, Jacob Zuma, a 15-month jail term for “egregious” contempt of court after he refused to appear before graft investigators.

Zuma was told to turn himself in within five days, failing which police will be ordered to arrest him and take him to jail. The scathing ruling sets a precedent for South Africa — and a benchmark for the continent — by jailing a former head of state for failing to respond to a corruption probe. Constitutional Court judge Sisi Khampepe said “Zuma is guilty of the crime of contempt of court”. “No person is above the law,” she said, decrying Zuma’s “egregious affront on judicial integrity, the rule of law and the constitution”.

Zuma, 79, is accused of enabling the plunder of state coffers during his nine years in office, which ended calamitously in February 2018 when the ruling African National Congress (ANC) forced him out. Before he left office, he responded to mounting pressure and set up an investigative commission, headed by Deputy Chief Justice Raymond Zondo. The commission hailed the verdict, saying the sentence sends an “important message” that there are “serious consequences for anyone who defies summonses and orders of courts… no matter what the person’s status is in society”.

The panel has encountered years of resistance from Zuma. He only testified once, in July 2019, before staging a walkout days later and accusing Zondo of bias. He then ignored several invitations to reappear, in some cases citing medical reasons and preparations for another corruption trial. He presented himself again briefly in November but left before questioning and then ignored a court order to return to face the panel, forcing an exasperated Zondo to ask the Court to intervene for contempt. “This kind of recalcitrance and defiance is unlawful and will be punished,” Khampepe said. “I am left with no option but to commit Mr Zuma to imprisonment, with the hope that doing so sends an unequivocal message… the rule of law and the administration of justice prevails.” She said Zuma, as an ex-president, was aware of the law yet placed himself “in blatant violation” of a court order, before declaring “an unsuspended” 15-month prison sentence. She ordered Zuma to hand himself over to the police in Johannesburg or in Nkandla, a rural town in southeastern Kwa-Zulu Natal province where he has a home, within five calendar days. Failure to submit himself, the police “must within three calendar days of the expiry stipulated of the period” take all steps to make sure he “is delivered to a correctional centre” to start the sentence, said the judge.

In determining the sentence the court also took into account Zuma’s “scandalous” attacks on the judiciary which it found “certainly constitute aggravating factors”. Zuma did not immediately react to the judgement, but had in March declared that he was “prepared to go to jail”. One of his daughters, Dudu Zuma-Sambudla, tweeted that her father was in “high spirits” and would serve his time “close to home”. His son Edward Zuma struck a more defiant tone, telling local media “they will have to kill me first”. Zuma’s loyal ally Carl Niehaus warned the “ruling can lead to severe political instability” in the ANC and country. Niehaus told AFP it’s outrageous “that someone who has made such a major contribution to the liberation struggle… has to now face a jail sentence.”

Most of the graft investigated by the commission involves three brothers from a wealthy Indian business family, the Guptas, who won lucrative government contracts and were allegedly even able to choose cabinet ministers. “For the first time in South Africa, we are seeing a former head of state held directly accountable by way of a prison sentence,” said Karam Singh of the non-profit organisation Corruption Watch. Zuma’s ex-prison mate at Robben Island, Ebrahim Ismail Ebrahim said he was “quite sad that he has to go back to prison”. “I was very close to him and we slept next to each other,” he said adding Zuma “has to obey” the court ruling. Zuma is separately due in court in July facing 16 charges of fraud, graft and racketeering relating to a 1999 purchase of fighter jets, patrol boats and military gear from five European arms firms for 30 billion rand, then the equivalent of nearly $5 billion.