Conspicuous by his absence! 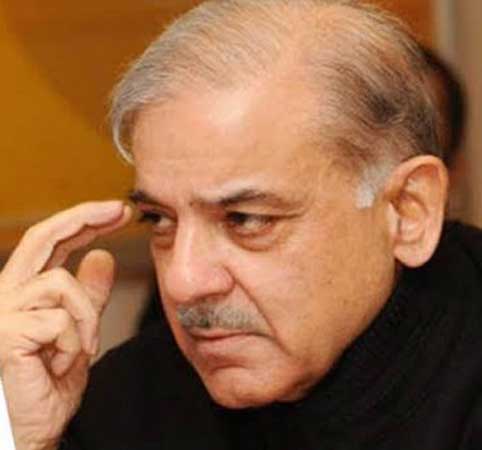 Prime Minister Imran Khan was present in the Tuesday’s session of the National Assembly. Former president Asif Ali Zardari was present too. So was PPP Chairman Bilawal Bhutto-Zardari.

Who was absent from the session? Is the absence noticeable?

Yes, we are talking about Shehbaz Sharif who was absent from the budget session on Tuesday.

Well, in parliamentary traditions and history, the day when the Finance Bill is put up before the House for passage is the nerve-racking day for both sides of the aisle. The treasury ensures that all members are present to get the bill sailed. Similarly, the opposition tries to shows its full strength on the day.

When Finance Minister Shaukat Tarin put up the bill for passage in the House, Opposition Leader Shehbaz Sharif was conspicuous by his absence from the most important day of the session. Earlier, when the bill was discussed clause by clause in the House, and the amendments proposed by treasury members were not accepted, Asif Zardari and Bilawal Bhutto were present in the House.

This is not the first time Shehbaz Sharif has disappointed the crowd he is leading. One would remember that right before the election in 2018 when Nawaz Sharif and Maryam Nawaz took flight to Pakistan from UK, Shehbaz Sharif took to the streets with a sizable crowd to reach the airport to receive his elder brother. The rally, however, never reached its destination.

The treasury did not return to its traditional optics to mock and enrage the opposition in the absence of the leader of the opposition. Murad Saeed would have mocked the opposition unchallenged that ‘Where’s Shehbaz Sharif, who roared in the House a few days ago that he would not let the budget pass?’

Earlier, when the budget session started in the second week of June, either side of the aisle put up the worst conduct. We remember that Shehbaz Sharif could not start his speech for three consecutive days in the National Assembly – despite being surrounded by the sergeants-at-arms – as lawmakers continued to create a ruckus in the House.

Bilawal did not waste his time to remind the media that some MNAs of different opposition parties were not present in the session, which should not have happened. “I spoke to Shehbaz Sharif that all our MNAs will be present and I honored my word,” Bilawal said, while pointing out the absence of some PML-N lawmakers from the session.

Perhaps Bilawal had some clue to Shehbaz Sharif’s planned absence, and that is why he called the opposition leader and insisted on his presence in the House.

Even though the opposition is short of numbers in the House, it still can steal the show by resorting to the traditional parliamentary optics. The opposition is at the lowest ebb, thanks to the backtracking of the PML-N.

PML-N spokesperson, Marriyum Aurangzeb, however, says that Shehbaz was absent due to the death of a cousin. People close to the family, however, say that Shehbaz had ample time to reach the NA after the funeral of the cousin.