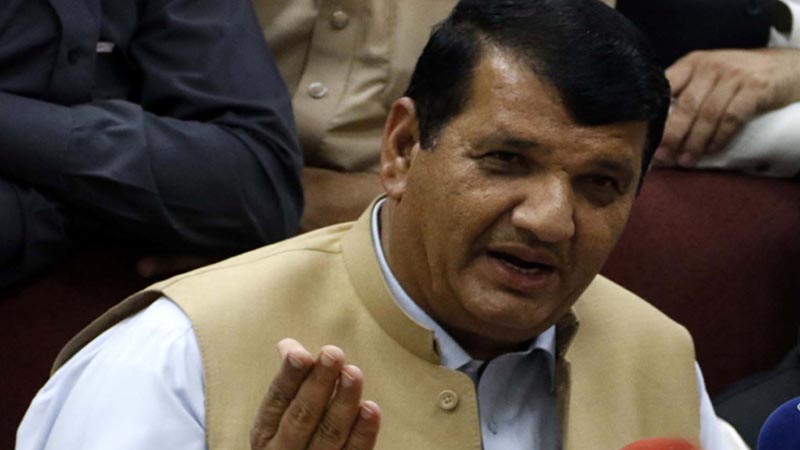 SWAT: PML-N provincial president Amir Muqam has said that the purpose of Swat PDM Jalsa on July 4 is to dismiss incompetent rulers, as they have done Ph.D. in spreading fake propaganda.

An inaugural meeting was held in the Kanju Township area of Swat in which hundreds of people, including Farmanullah, General Secretary of ANP Tehsil Alpurai, joined PML-N while Noor Hassan, Faiz Muhammad Papa, Haji Ismail, and Naqsh Khan of the ANP also joined the PML-N.

Addressing the function on the occasion, Amir Muqam said, “In the time of Imran Khan, green passports have been banned in Middle Eastern countries, people from Bangladesh and Afghanistan could go there but Imran Khan was in the forefront in imposing sanctions on Pakistan.”

Amir Muqam added that despite the theft scandal, lies are being told. Revenge has been launched to save their sugar thieves, and the facts of Zulfi Bukhar’s meeting with the head of Mossad in Israel should be brought to light.

Mentioning the failure of the government, Amir Muqam said that today there are queues in front of CNG stations again. Despite having electricity in the system, the worst load shedding is taking place while the rulers have also committed corruption in COVID vaccines.

Amir Muqam said that PML-N will force the people to flee against incompetent rulers, our mission is to end inflation and restore the dignity of green passports and only Nawaz Sharif can bring real change in this country.