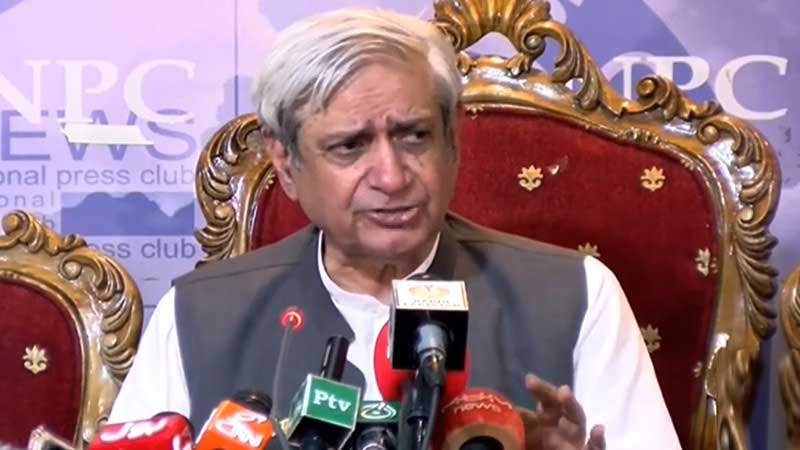 Federal Minister for National Food Security and Research, Syed Fakhar Imam on Monday said the government has planned to spend Rs 53.5 billion this year 2021-22 on agricultural development and reforms to enhance the agriculture growth in the country.

The government has earmarked Rs 12 billion for the agriculture sector in the budget 2021-22, and apart from this, negotiations are underway with the Ministry of Finance for additional Rs 25 billion and Rs 16.5 billion for development in various areas of this potential sector, Syed Fakhar Imam said this while addressing the National Assembly session here.

Further enhancement of research in the agricultural sector, especially the adoption of seed quality and other technologies is top priority of the government, he said.

He said that agriculture had a huge future all over the world and the government was committed to meet the global and regional standards in the sector.

The Minster said the government has imported some wheat in the past and now has planned to maintain, ‘Strategic Reserve’ of different food grains to use in crisis situations. “We need top scientists to introduce scientific reforms in the agriculture sector to achieve the agenda of food security in the country. Now the government has a long, medium and short term plan to achieve self reliance in food to enhance the food exports”, he said.

Syed Fakhar Imam said that cotton was a major commodity for value addition in the textile sector for providing raw material for the main exporting textile sector depending on the production of the cotton adding that Pakistan was on the way to research seeds in different crops and in this regard, the government wanted to enhance the capacity of our universities and research organization.

Meanwhile, the National Assembly has approved two ‘Demands for Grants’ worth Rs 25.13 billion relating to the Ministry of National Food Security and Research for the next fiscal year 2021-22 and also rejecting all 142 Cut Motions moved by the Opposition parties to reduce developmental expenditures for various projects and schemes.

Parliamentary Secretary Finance, Zain Hussain Qureshi moved the Demands for grants one-by-one in the House, chaired by Speaker Asad Qaiser who allowed maximum lawmakers from the Opposition benches to argue in favor of their Cut Motions.