The spokesman of Pakistan People’s Party Faisal Karim Kundi has asked the federal government to call an in-camera session of the Parliament to discuss the Afghan policy.

Kundi and PPP Central Information Secretary Shazia Mari were talking to a presser here on Monday. Mr Kundi called upon the federal government to summon an in-camera session of the Parliament and brief the lawmakers on Afghan policy. He mocked the government over its blurred policies saying the government people were unclear on the policy whether to declare Osama bin Laden a martyr or not.

On the gas crisis in Karachi, Kundi said it was for the first time that a gas shortage was witnessed in summers.

He said PPP Chairman Bilawal Bhutto Zardari’s visit to Azad Kashmir for his election campaign had given sleepless nights to Federal Information Minister Fawad Chaudhry. He claimed that the government was planning pre-poll rigging in the AJK.

He said Chaudhry was saying they would make the next government in Sindh. ‘I would ask him which party’s electioneering he will run,’ Kundi asked, adding that it would be better if he would improve the affairs of his own ministry, especially the PTV.

Kundi also said that when PPP leader Asif Ali Zardari visited Lahore a few days ago, the federal government again became restless over his visit. He said Zardari met some of his friends in Lahore, adding that when some people would join the PPP, everyone would see that.

Speaking on the occasion, PPP Information Secretary Shazia Mari termed the federal budget anti-people. She said this budget was a disaster for the salaried class and pensioners. She said the government had imposed a tax on everything. She said that there was an army of clowns in the government who always kept busy extolling the ‘king’. She condemned the remarks of Prime Minister Imran Khan regarding women’s inappropriate dressing that might prompt rape. She also lamented the government’s bid to control the media.

Ms Mari flayed the government for giving only a 10% increase in salaries and pensioners which was too little seeing the high rate of inflation in the country.

She said the government had made marriages difficult after putting a levy on gold, silver and jewellery. She deplored that tax had also been imposed on agricultural produce. She was of the view that cotton yield had been destroyed.

Ms Mari said the IMF gives loans on its own terms. She said that circular debt would reach Rs2.8 billion till November.

The PPP leader said that the government was planning to muzzle the media. The government takes action against the media if it shows the facts, she said, adding that PFUJ had written a letter to the prime minister inquiring him about the details of media policy.

She wondered once Information Minister Chaudhry used to praise Bilawal, now he was criticizing the PPP chairman. What makes Fawad Chaudhry change his mind so quickly, she asked.

She flayed the government for imposing a tax on mobile phone calls and online shopping. She said European Union praised Benazir Income Support Programme. ‘It was not Imran Khan’s programme, it was Pakistan’s programme,’ she added.

She lamented that young children were being assaulted by their teachers in educational institutes. She asked for action against the accused. 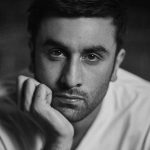 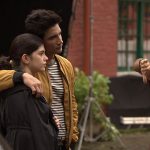 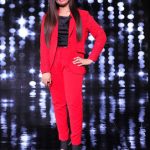 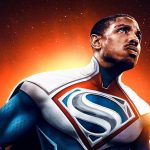 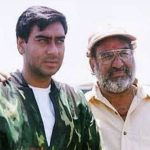