The Silent Patient is an intense and unsettling psychological thriller 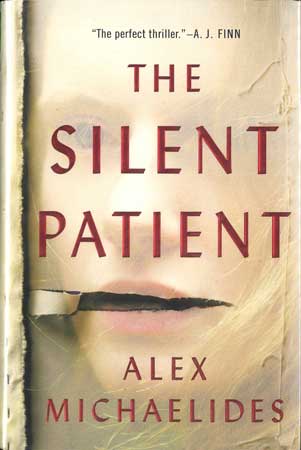 You may have heard of screenwriter Alex Michaelides from his past work on the flicks ‘The Devil You Know’ and ‘The Con Is On.’ Michaelides appears to have easily transitioned from his past themes of crime and secrecy into his first novel, The Silent Patient, an intense and unsettling psychological thriller. The Silent Patient blends together elements of Greek mythology, psychological sciences, and crime to create a web of clues that the reader will enjoy unravelling as a detective. What occurred that night in this idyllic family? A well-known artist and renowned fashion photographer appear to have got all… However, a horrifying shooting of Alice’s partner, Gabriel, causes Alice to take a six-year vow of quiet. Alice is convicted of the crime and committed to a forensic mental health centre because she lacks the ability to defend herself. But did she actually do it?

Enter Theo Faber, Alice’s last hope, who searches to unearth the truth and help Alice talk again. Historically, this is the point at which we, as readers, exclaim, ‘but all is not as it appears…’ Except that nothing is as it appears. Some riddles wrap your mind from the start, making you doubt if you can genuinely trust your senses. Suspense and interest rise quickly since the reader is being given a limited amount of information at first. I absorbed page after page, eager to learn each character’s backstory, contribution, and, ultimately, not only “whodunnit?” but “why?”

The novel is recounted from the perspective of the character Theo Faber, the imperfect and so realistic psychotherapist assigned to Alice. Michaelides appears to have done his homework on psychology and treatment, employing actual psychological theories and real-life therapeutic procedures to create a realistic picture of a mental health inpatient environment. He also comments on the common concerns of overmedication and a lack of financing, as well as the consequences of cutbacks on patients.

It was nice to read about a ‘asylum’ setting that wasn’t in the classic gothic, horror house manner, but instead covered more contemporary and modern’scary’ concerns. As the tale develops, Faber’s affections for patient Alice become obsessive, with him digging into her personal life, chatting to her family and friends, and searching for her artworks, causing the reader to question whether to believe Faber’s perspective. Simultaneously, we begin to feel sad for Faber as the reader gets a glimpse into his relatively tough personal life and connections. This tightrope walk keeps the reader interested and flipping the pages quickly. As everything unfolded, giving slivers of information, I began to figure out the major twist everyone was yelling about and was a little disappointed that the book was ultimately unable to shock me, and other ardent crime/thriller readers may feel the same way.

Michaelides incorporates Greek mythology into the work, presenting The Mute Patient as a modern-day, metaphorical retelling of the tragedy Alcestis, in which Alcestis kills herself for her husband and is resurrected by Hercules but remains silent forever, much as Alice is. This adds another layer to the plot, distinguishing it from other recent psychological thrillers. Alice produces a painting called Alcestis, which, together with journal extracts from her history and other paintings, provides Alice a voice throughout the book, despite her vocal silence, allowing the reader to listen to Alice and put together her side of the tale by drawing similarities to Greek tragedy.

Overall, I rate this book an 8/10 because of Michaelides’ fantastic ability to blend conventional psychological thrillers with Greek mythology while also exploring contemporary themes such as abuse, mental health, the imperfect professional, and funding cuts. The transition from diary excerpts to regular language is perfect, as is Michaelides’ exceptional ability to play with tension, viewpoint, and time. The only reason this novel did not receive a 10/10 is that I figured out the “major surprise” before the conclusion, but that might be due to how much crime/thriller literature I read rather than the writer’s talent.