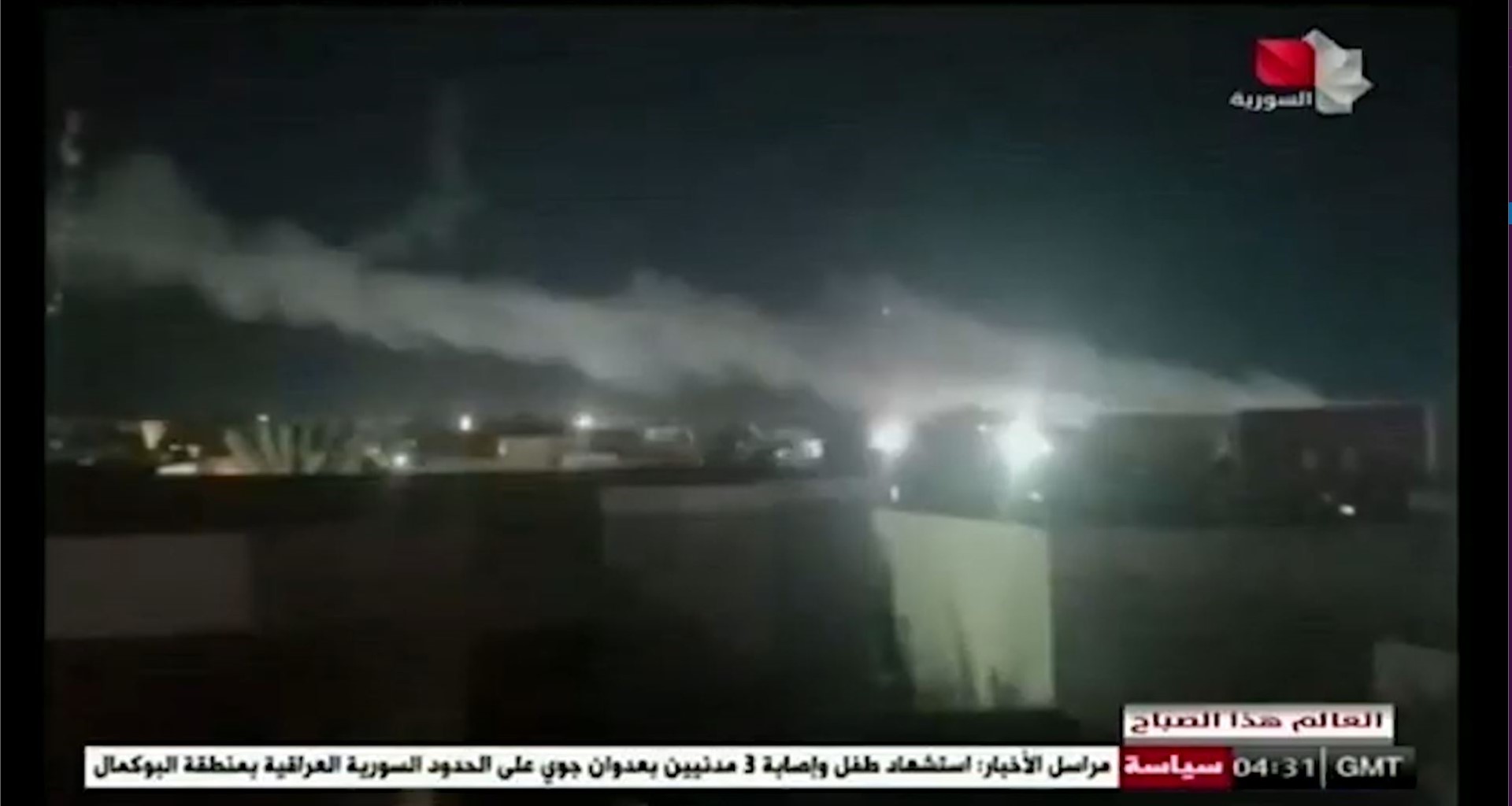 Iraq on Monday condemned overnight US air strikes against Iran-backed armed groups on the Syrian-Iraqi border that killed at least seven fighters and sparked calls for revenge from Iraqi armed factions.

The second such raid on pro-Iran targets since US President Joe Biden took office, described by the Pentagon as “retaliatory”, led to fears of a new escalation between Tehran and Washington and came despite faltering efforts to revive a key deal over Iran’s nuclear programme. Iraq’s Prime Minister Mustafa al-Kadhemi condemned the attack as a “blatant and unacceptable violation of Iraqi sovereignty and Iraqi national security”. “Iraq reiterates its refusal to be an arena for settling scores,” Kadhemi added in a statement, urging all sides to avoid any further escalation. The Hashed, an Iraqi paramilitary alliance that includes several Iranian proxies and has become the main power broker in Baghdad, said the strikes killed four of its fighters in the Qaim region, some 13 kilometres (eight miles) away from the border.

The fighters were stationed there to prevent jihadists from infiltrating Iraq, the group said in a statement, denying that they had taken part in any attacks against US interests or personnel. “We reserve the legal right to respond to these attacks and hold the perpetrators accountable on Iraqi soil,” the Hashed said. US defence spokesman John Kirby said in a statement that three military facilities used by Iran-backed militia had been hit overnight Sunday to Monday — two in Syria and one in Iraq. Kirby said the targets had been used by “Iran-backed militias that are engaged in unmanned aerial vehicle (UAV) attacks against US personnel and facilities in Iraq”.

The Syrian Observatory for Human Rights, which relies on a network of sources inside Syria, said seven fighters had been killed in the strikes in the early hours of Monday morning local time. At least six more fighters were wounded and the targets included an arms depot near Albu Kamal, a Syrian town which lies where the border crosses the Euphrates river, the Britain-based monitor said. Syria’s state-run SANA news agency said one child had been killed in the raid but gave few details. US interests in Iraq, where 2,500 American troops are deployed as part of an international coalition to fight the jihadist Islamic State group, have been targeted in more than 40 attacks this year. The vast majority have been bombs against logistics convoys, but rocket fire and drones packed with explosive have also been used in the assaults some of which were claimed by pro-Iran factions hoping to pressure Washington into withdrawing all its troops. “Given the ongoing series of attacks by Iran-backed groups targeting US interests in Iraq, the president directed further military action to disrupt and deter such attacks,” Kirby said. “Specifically, the US strikes targeted operational and weapons storage facilities at two locations in Syria and one location in Iraq, both of which lie close to the border between those countries,” he added. Kataeb Hezbollah and Kataeb Sayyid al-Shuhada, two Iraqi armed factions with close ties to Tehran, were among the “several Iran-backed militia groups” that had used the facilities, Kirby said.

Some of the militia groups that form the Hashed al-Shaabi have been deployed in Syria over the years to support regime forces and to further Iran’s interests in the country. In February, US strikes on facilities in eastern Syria used by Iran-backed militia groups left more than 20 fighters dead, according to the Observatory. The latest US strikes come two days after the United States and France warned Iran that time was running out to return to a nuclear deal, voicing fears that Tehran’s sensitive atomic activities could advance if talks drag on. A return to the 2015 Iran accord has been a key Biden promise after the nuclear deal was trashed by his predecessor Donald Trump. “We have a national interest in trying to put the nuclear problem back in the box that it was” under the deal, US Secretary of State Antony Blinken said. The UN’s nuclear watchdog said Friday it had received no reply from Tehran over the possible extension of a temporary agreement covering inspections at Iranian nuclear facilities which expired on Thursday. Announcement of the strikes came one day before Biden meets at the White House with Reuven Rivlin, president of Israel, Iran’s arch foe.