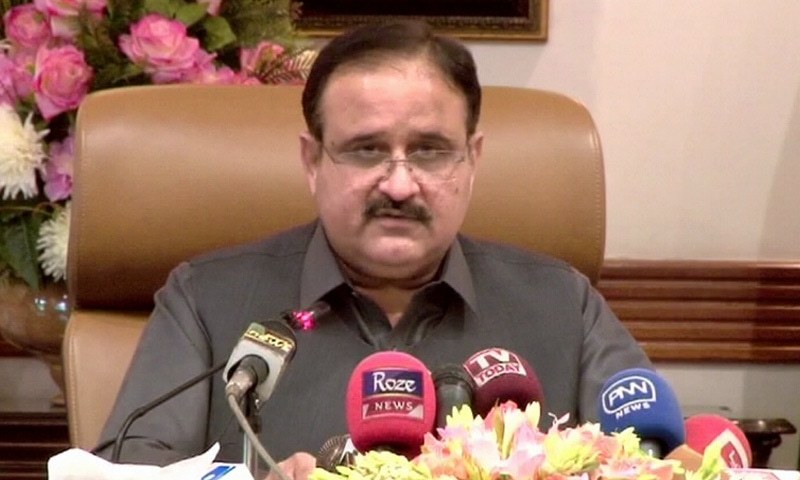 Usman Buzdar, the Punjab Chief Minister, said on Monday that a “hostile intelligence agency” was engaged in the bomb in Lahore’s Johar Town last week, which killed three people and wounded 24 others.

Buzdar told a press conference in Lahore that terrorists involved in the bombing had been apprehended in operations over the previous four days.

The chief minister stated that he had personally visited the injured individuals and that orders had been made to treat them.

“An investigative team was formed by the Punjab government. I am pleased to inform you that the Counter-Terrorism Department (CTD) initiated the investigation, and the suspects were discovered within 16 hours. The terrorists were apprehended in four days in raids around the nation.”

The arrests were dubbed a “great success” by Buzdar, who praised all law enforcement agencies (LEAs) for their efforts.

“It was discovered that a hostile intelligence agency was engaged and that this network was receiving financial assistance,” he explained. According to the chief minister, all high-profile instances have been tracked down, and suspects have been apprehended.

Punjab Inspector General of Police (IGP) Inam Ghani stated the police sought to go beyond identifying the automobile used in the bombing. Within a few hours, they had tracked down the car’s owners and learned how they obtained it.

“Within hours, we had discovered this entire network and went to arrest [the defendants], including the lynchpin who orchestrated everything, as well as those who organised the car, fixed it, and loaded it with explosive stuff – we have them all.”

He added, “We have close to ten Pakistani people — men and women — who were involved in this and who carried it out.”

According to Ghani, the masterminds behind the explosion belonged to enemy intelligence agencies, and the police had identified them. “[The material] has been shared with the federal government and intelligence services. A Joint Investigation Team (JIT) has been constituted to investigate the situation.”

The IGP stated that the police would look into the suspects’ prior crimes as well as the hostile intelligence services to whom they were related, expressing the hope that the case would be prosecuted in a “proper way” so that those involved would be punished.

Ghani stated that he had read a story in the media claiming that the automobile used in the bombing had been stolen in 2010. The automobile, however, was retrieved in a matter of months and was subsequently used on “superdari” (custody) for which the owner had the necessary paperwork, he noted.

According to the authority, the automobile had “original number plates.”

In response to a query about the suspect, the IGP stated that he was originally from Khyber Pakhtunkhwa but had been born and reared in Punjab and spoke Punjabi fluently.

When asked whose nation the hostile intelligence organisation came from and if its agents were active in Pakistan, he said it would be “inappropriate” to name them.

“Because of the way our agencies and immigration [department] operate, these hostile agencies are unable to enter Pakistan. They look for agents in nations in the Middle East. As a result, no one from an outside agency comes in and [attacks] himself.”

In answer to a query about whether a danger notice had been sent before to the bomb, Chief Minister Buzdar replied that none had been issued for Johar Town while threat alerts are often given.