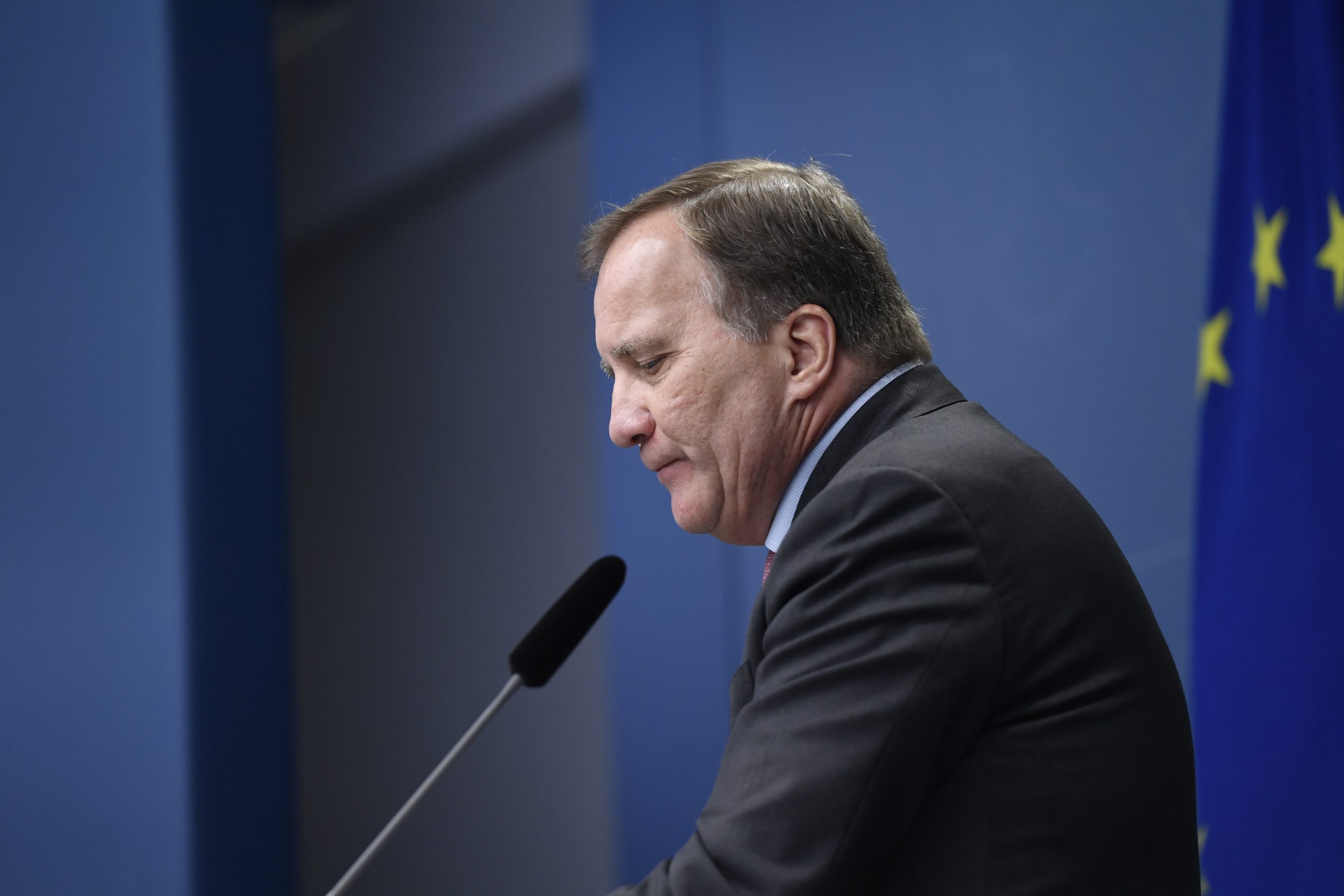 Sweden’s Prime Minister Stefan Lofven resigned on Monday, one week after he lost a vote of no confidence, leaving it up to the speaker of parliament to begin the search for a replacement.

Lofven could have either called a snap election or resigned following the no-confidence vote last week. He told a press conference a snap election was “not what is best for Sweden,” pointing to the difficult situation the Covid-19 pandemic posed, coupled with the fact that the next general election is a year away. “With that starting point, I have requested the speaker to relieve me as prime minister,” Lofven said. The 63-year-old Lofven, a former welder and union leader with the square build and nose of a boxer, guided the Swedish left back to power in 2014, and then hung on by moving his party closer to the centre right after the 2018 elections.

He finally fell out with the Left Party propping up his government, becoming the first Swedish government leader to be defeated by a no-confidence vote. The motion of no confidence was filed by the far-right Sweden Democrats, after the Left Party said it was planning such a motion itself in protest against a plan to ease rent controls. On the left, the proposal for “market rents” that would potentially allow landlords to freely set rents for new apartments is seen as being at odds with the Swedish social model and a threat to tenants’ rights. The conservative Moderate Party and the Christian Democrats were quick to back the motion, which was passed by 181 MPs in the 349-seat parliament. Last-ditch efforts to appease the Left Party, which holds 27 seats, failed.

Critics have described the constellation as an “unholy alliance” of parties at opposite ends of the political spectrum. In announcing his resignation, Lofven criticised the move to topple him without having a majority secured to replace him. “They voted the government out without themselves having an alternative for government,” he told reporters. It will now be up to parliamentary speaker Andreas Norlen to open negotiations with parties to find a new prime minister. Lofven’s government will stay on temporarily to handle routine tasks until a new administration is formed.