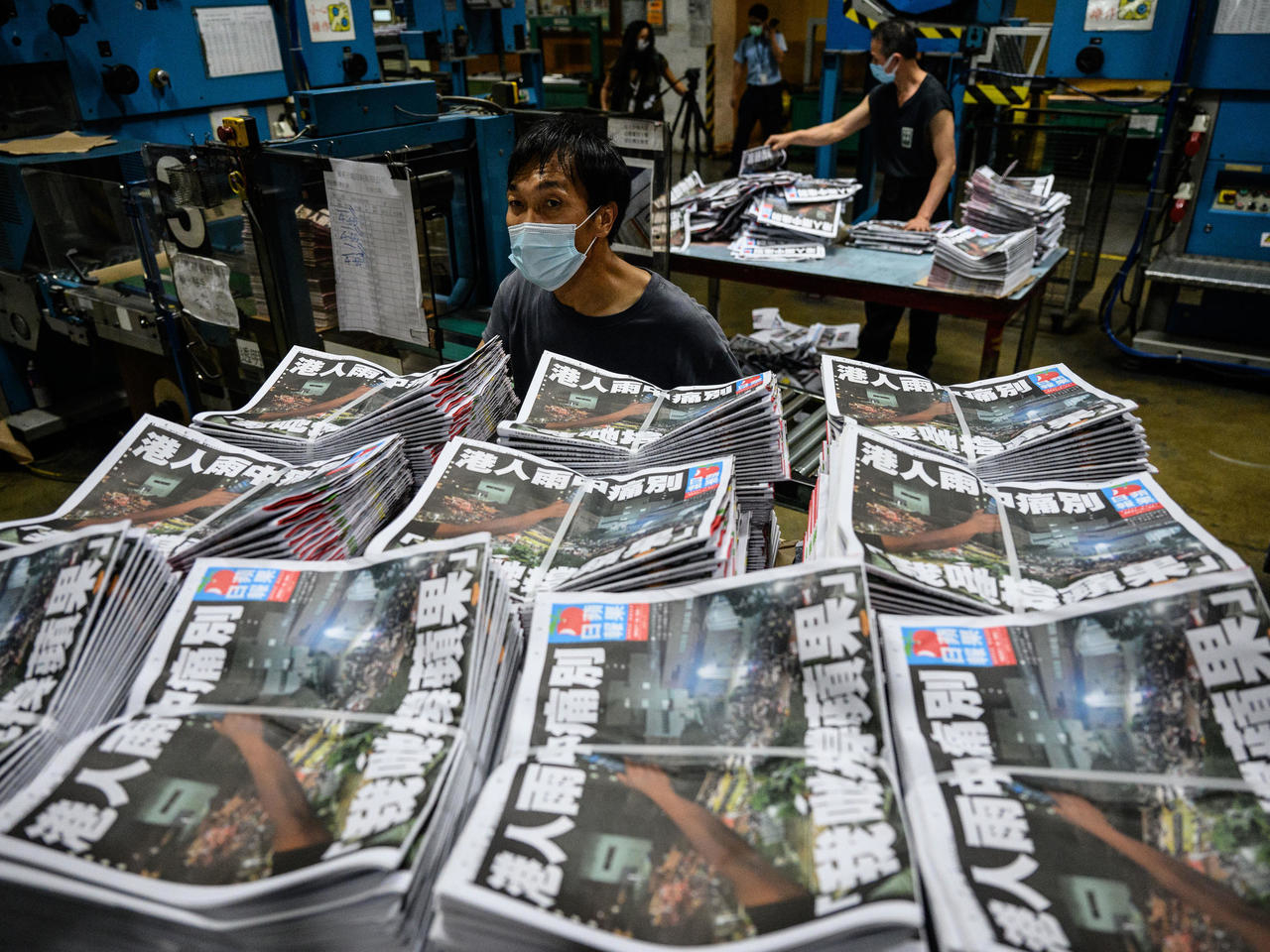 Hong Kong police arrested the lead opinion writer of Apple Daily on national security grounds as he tried to fly out of the city, local media reported, days after the pro-democracy newspaper was forced to shut down.

Apple Daily, an unapologetic backer of Hong Kong’s democracy movement, put out its last edition on Thursday after its top leadership was arrested and its assets frozen under a national security law China imposed on Hong Kong last year. Fung Wai-kong, managing editor and chief opinion writer for the paper’s English website, on Sunday became the seventh senior Apple Daily figure detained under the law. Hong Kong police confirmed the arrest of a 57-year-old man at the airport for “conspiring to collude with foreign countries or foreign forces to endanger national security”. They did not name Fung, who wrote under the penname Lo Fung, but local media reported that he has been detained for investigation. The prosecution of Apple Daily was sparked by articles and columns that allegedly supported international sanctions against China, a view now deemed illegal under the security law.

In the last two weeks, police have raided the Apple Daily newsroom, seized computers and servers, and arrested five senior executives. Jimmy Lai, Apple Daily’s owner and an outspoken critic of the Chinese government, is currently in jail for attending a pro-democracy demonstration and also faces national security charges. Apple Daily was forced to close after authorities froze its assets, crippling its ability to conduct business or pay staff. Its sudden death was the latest blow to Hong Kong’s freedoms, deepening unease over whether the city can remain a media hub. In a statement on Monday, the Hong Kong Journalists’ Association said recent events including the targeting of Apple Daily have almost “completely ruined the freedom of press” in the city.

China imposed its security law on Hong Kong last June after the city was convulsed by huge and often violent democracy protests in 2019. Nearly 60 people have now been charged under the law, including some of the city’s best-known democracy activists. Meanwhile, police on Monday banned rallies on the 24th anniversary of the city’s handover from Britain to China. The gatherings were curtailed under public health concerns, according to documents seen by AFP, for the second year running. The applicants, including three pro-democracy groups TWS Connection, Save Lantau Alliance and League of Social Democrats, said they would appeal the ban.