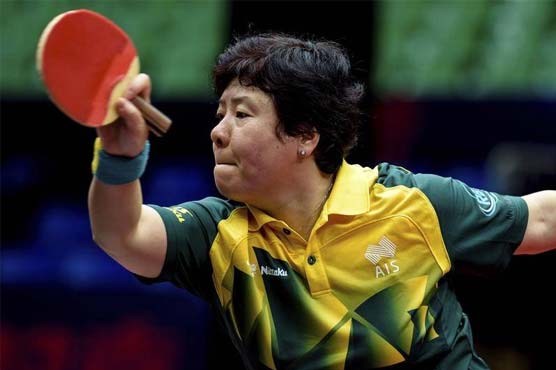 Australian table tennis veteran Jian Fang Lay was Monday selected for a sixth Olympics, second only to the sport’s Nigerian Olufunke Oshonaike, who will be making her seventh appearance.

Born in China, Jian moved to Australia in 1994 to become one of the country’s all-time greats, winning 24 Oceania titles and 30 national crowns. Now 48, she will join equestrian Mary Hanna, who will also be in Tokyo, as the only Australian women to compete at six Games and join a select band of global athletes who have achieved the feat. “I never would’ve imagined that I’d be the first woman to represent Australia at six Olympics,” said Jian, who will play in the teams and singles events. “I hope this will inspire more girls to play table tennis. As long as you have a dream, anything is possible.”

Nigerian legend Oshonaike is the only woman table tennis player with more experience. She will be at her seventh Games in Japan, according to the official Olympics website, after making her bow at Atlanta in 1996. Only four other table tennis players have appeared at seven Games, all of them men.