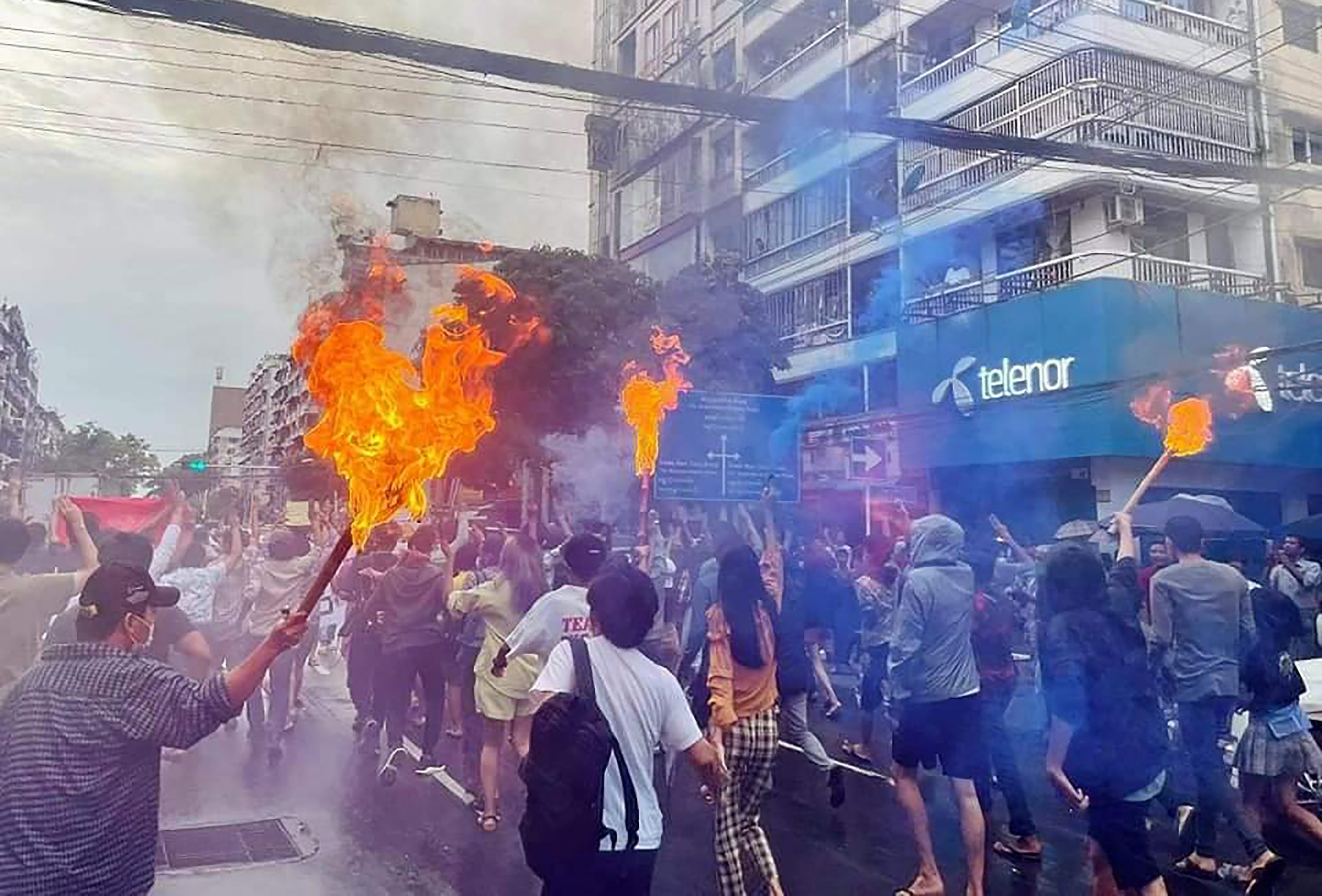 Violence in post-coup Myanmar has escalated as anti-junta “self-defence” forces step up to take on the military, a report said Monday, warning of an “enormous” human cost if the regime uses its full power in subsequent crackdowns.

Myanmar has been in turmoil since the February coup that ousted Aung San Suu Kyi’s government, with more than 880 killed in a junta crackdown on dissent, according to a local monitoring group. In some areas, locals — often using hunting rifles or weapons manufactured at makeshift jungle factories — have formed “defence forces” to fight back. In response, the military has used helicopters and artillery, including against groups in northwestern Chin state and along the eastern border with Thailand. “Faced with armed insurrection, the Tatmadaw [the Myanmar military] can be expected to unleash its military might against civilians,” the International Crisis Group said Monday. “The human cost will be enormous –- particularly for women, children and the elderly, who face the greatest hardships from violence and displacement.”

Clashes have taken place in areas that have not seen conflict for decades, forcing humanitarian agencies into a race to set up new operations and supply lines, the ICG said. An estimated 230,000 people have already been displaced by fighting and insecurity so far, the United Nations said last week. The self-defence groups add to the volatile mix in the poor Southeast Asian country, where more than 20 ethnic rebel groups were already in various stages of the conflict with the state before the coup.

As the economy collapses, the new militias may “seek sources of revenue beyond the ad hoc community donations that have so far sustained them,” the ICG warned. It is also unlikely that the shadow “National Unity Government” — formed largely of lawmakers from Suu Kyi’s ousted government —  will be able to bring them under its control, it added. Clashes involving civilian militias and the military have largely been restricted to rural areas. But last week, at least six people died in a gun battle between security forces and a self-defence group in the country’s second city of Mandalay.